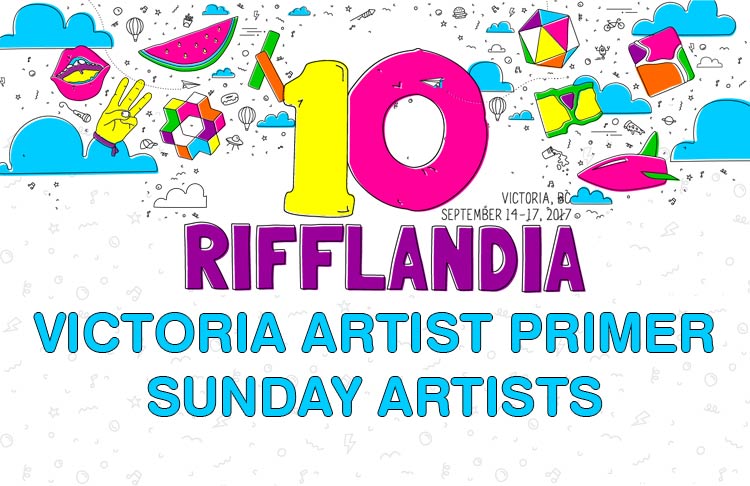 Here is your Rifflandia 2017 Victoria Artist Primer for Sunday, September 17. Below you can find out about artists performing on Sunday that either are from Victoria or were once Victoria based musicians.

1:30pm
Vic High R&B Band at Royal Athletic Park (Rifftop tent)
The Vic High R&B Band is part of the Victoria High School Music Program and consists of students in grades 9 through 12 from multiple high schools who audition to be part of the program. Below is a performance from the 2015 class at Rifflandia 2015.

2:00pm
Fintan O’Brien at Royal Athletic Park (main stage)
Fintan O’Brien started out in his family’s band The O’Brien Family busking and performing at events. Two years ago he received significant exposure after a well known vlogger with 1.5 million subscribers shared footage of him performing. Since then he’s performed at Rock The Shores, released an EP and was The Zone’s July 2017 Band of The Month.

3:05pm
The Brass at Royal Athletic Park (main stage)
Take a bunch of adults, dust off their their high school concert band instruments and put them together to perform songs by artists like Jay-Z, Elton John, LCD Soundsystem and Lou Reed and you have The Brass. The Brass is lead by Julia Knight and often have special guest rappers and singers.

4:45pm
Leeroy Stagger at The Duke Saloon
For some unknown reason, we at this website haven’t covered Leeroy Stagger since 2012. That will definitely change this year since he’s playing ALL FOUR days of Rifflandia anchoring each night at The Duke Saloon and performing at Royal Athletic Park on Sunday. Last year he won the Alberta Peak Performance Project. Rather than sharing a video we shot five years ago, here’s some live footage that’s more recent.

9:00pm
Towers and Trees at Capital Ballroom
Well, this was a big surprise locally. The last time Towers and Trees performed together was last August at Butchart Gardens. Since then, drummer Jesse Boland moved to Toronto, Singer Adrian Chalifour had his first child and guitarist Dave Zellinsky started his solo project MIND. On September 14th, Rifflandia announced them as a surprise add as the opener for the festival afterparty happening Sunday at Capital Ballroom after Moby is done at Royal Athletic Park. Here’s hoping this reunion isn’t just a one-off.

1:00am
Phonosonics at Capital Ballroom
Phonosonics are a roots reggae and rocksteady band from Victoria. The project is the brainchild of Spencer Cleave, formerly of Tequila Mockingbird Orchestra. The band has played Rifflandia before and has also performed at the Victoria Ska & Reggae Fest.