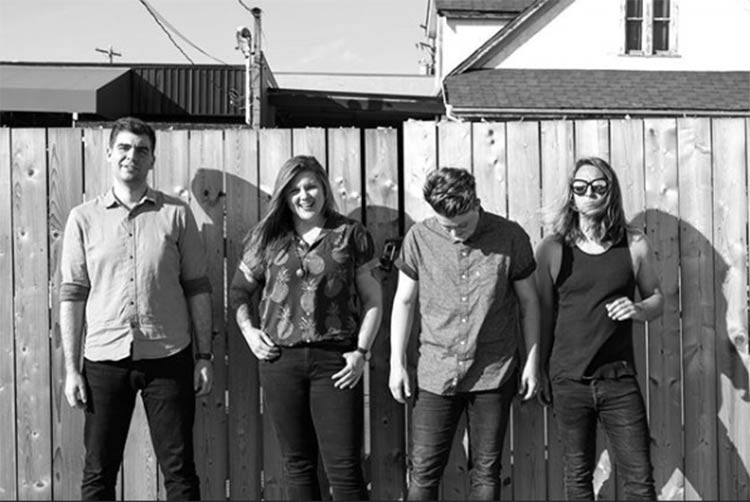 In a statement made on their Instagram Friday March 6, Victoria’s Mad Mona announced that the band will “take a short break to pursue the many wonderful things that every band member has in the works right now.”

The hiatus announcement comes just over a year after the band changed their name from Ramblerspeak to Mad Mona and 9 months after being The Zone’s June 2019 Band of The Month.

Lead singer Norah Erickson has started her own business Wyld Ember Collective making resin and wood creations. Torsten Gran-Ruaz works as a composer for film and is currently working on three projects. Drummer Lucas McKinnon is the owner of Cobble Hill recording studio Silverside Sound. Guitarist Chris Ericksen has started his own solo project as Skov. and recently released his first single.

Hey Everyone! Some good and bad news for you guys, looks like it is time for Mad Mona to take a short break to pursue the many wonderful things that every band member has in the works right now. @norahericksonmusic has started a new company called @wyld.embyr.collective with some amazing necklaces. The things are really taking off! Check them out! Norah will also be doing acoustic shows with her own music! @torstengranruaz proceeds with his career as a composition writer for film. He is currently working on 3 different projects! Go Torsten! @loui.william is the proud new owner of @silversidesound one of the brand new hot spots for recording on Vancouver Island. While not behind the desk engineering bands, he’s at Shawnigan Lake school teaching in there recording department. Finally @chriseriksenmusic has a small business of repairing guitars, continues to play in the cover band scene, And has just released his new project “Skov.” with his debut single streaming this month. And he will be taking our place in the Victory to Vinyl March 19 at Darcy’s Westshore! Again thank you to everyone, especially @thezone913 @williamsofjon @jennywestcooney @rocktographers @malcomowenflood We love you all and will be back in the future! Cheers, – Mad Mona