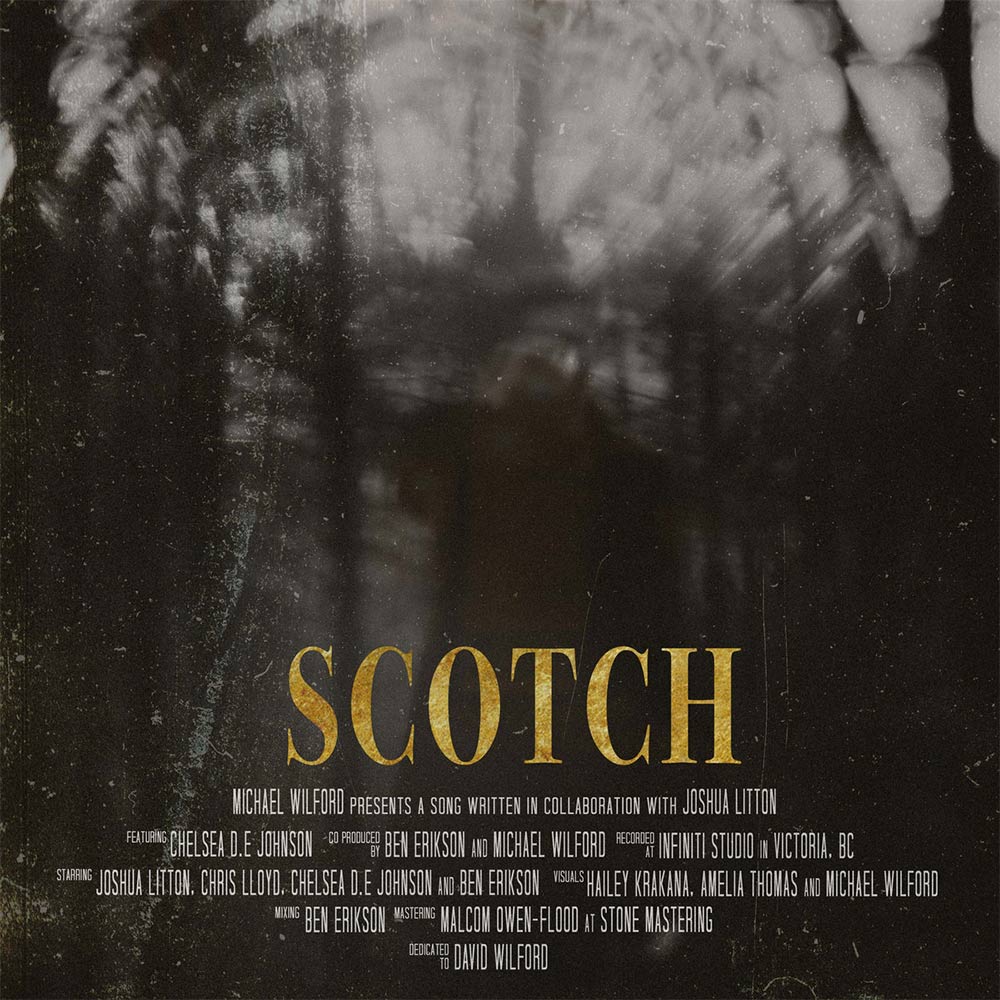 Victoria’s Michael Wilford has released his new single ‘Scotch’ available for digital download and streaming. It is the drummer’s debut single as a songwriter.

‘Scotch’ features Chelsea D.E. Johnson of Vancouver’s Old Soul Rebel on vocals. Wilford also drums for Old Soul Rebel and tours with the band led to the story in the single.

The song is described as a reflection from Wilford as he’s on tour questioning his purpose, music career, and the situations he’s found himself in, wishing he was back home drinking scotch with his dad.

If you liked the blues-rock style of former Vancouver band Head of The Herd, you’ll enjoy listening to Wilford’s ‘Scotch’.