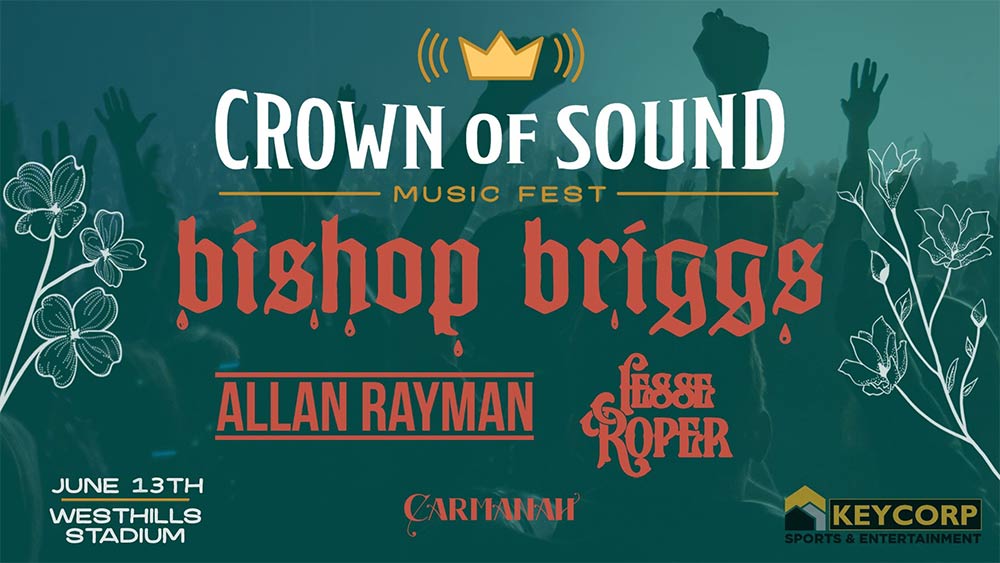 Organizers of the inaugural Crown of Sound Music Fest sent an update via email to ticket holders Monday.

While the festival has not officially said it has cancelled or postponed the email states that the event is “making plans in the background for the next steps in terms of a rescheduled date and hope to have information to you soon.”

The also says that they “will not host an event until it is safe to do so.”

Crown of Sound announced their lineup on March 12, the same week the COVID-19 pandemic caused major festivals like SXSW and Coachella to cancel or postpone. Since then, most large-scale events in Victoria and the island have postponed.

The inaugural Crown of Sound is scheduled for Saturday June 13, 2020 at Langford’s Westhills Stadium.

The festival lineup included Bishop Briggs, Allan Rayman and Victoria favourites Jesse Roper and Carmanah. Crown of Sound’s social media accounts have been silent for about a month, but the update email tells ticket holders to follow the festival’s Instagram account for announcements and updates. 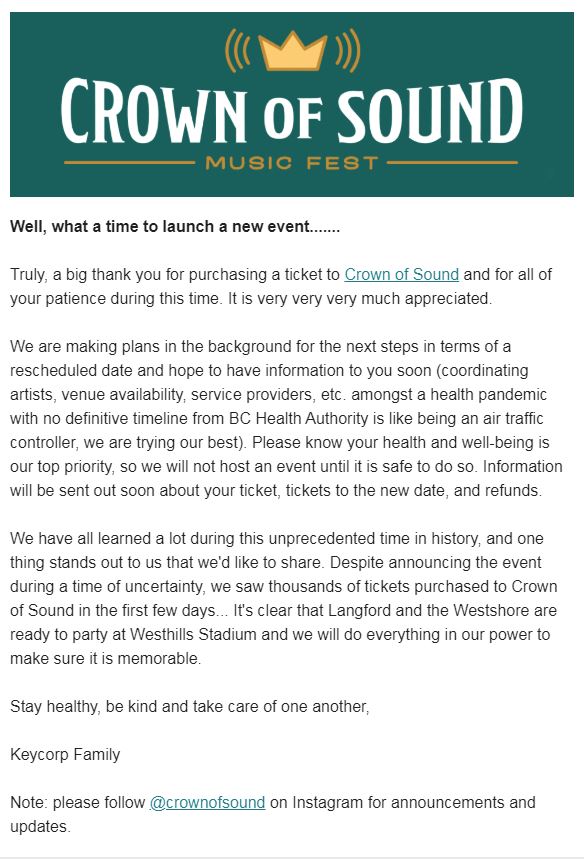