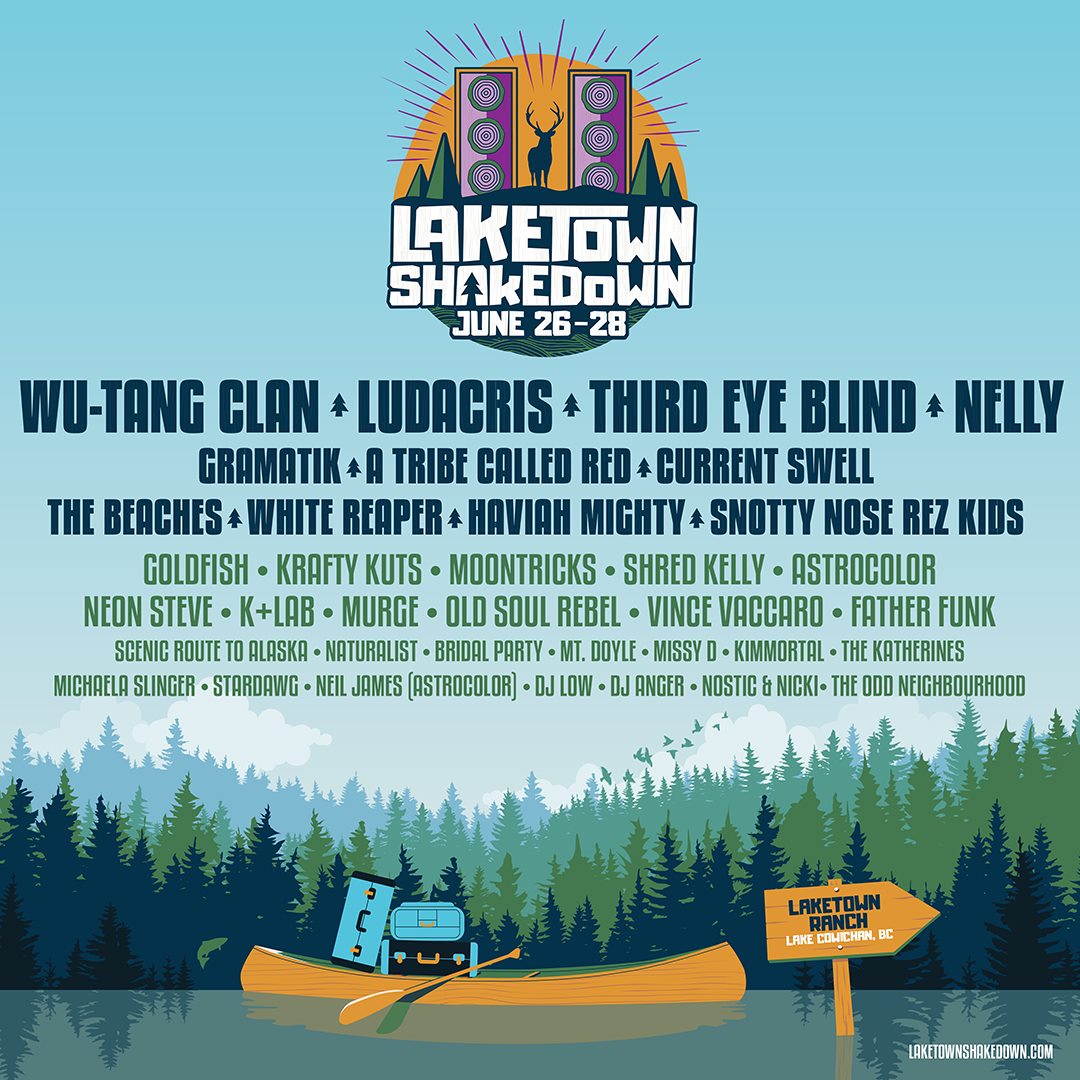 Rap legends The Wu-Tang Clan and Ludacris are among the marquee names in the lineup of Laketown Shakedown 2020 happening at Laketown Ranch in Lake Cowichan Friday June 26 to Sunday June 28, 2020.

Individual members of of hip hop super group Wu-Tang Clan have performed in Victoria over the years, but this will be the first time the group has performed on Vancouver Island.

Three-time Grammy award winner and Fast & The Furious film series actor Ludacris makes his second appearance on Vancouver Island in two years. He performed at a private show at Distrikt on October 17, 2018 as part of a celebration of legalization of marijuana in Canada.

Third Eye Blind brings a rock element to the festival with hits like ‘Semi-Charmed Life’ and ‘Jumper’.

Rapper Nelly returns to the island commemorating the 20th anniversary of his debut breakout album ‘Country Grammar’. He last performed in Victoria at Distrikt in March 2018.

One change to the weekend will be late-night sets on the venue’s main stage by A Tribe Called Red Friday and Gramatik after Wu-Tang Clan Saturday respectively.

Familiar names fill out the of the lineup with Friday being a mostly local day with the likes of Current Swell, Vince Vaccaro, Astrocolor, Bridal Party, Neon Steve, DJ Anger and Moontricks and a number of local and regional artists filling out the rest of the weekend. Quite a few of the lineup has performed in Victoria in the last few months, but you may have missed them because their shows sold out. The Beaches played Capital Ballroom a couple weeks ago and Polaris Prize winner Haviah Mighty even has a show coming up in a few days on March 1.

There’s a few new to the island artists in the undercard such as Louisville, Kentucky garage punk band White Reaper to explore.

Weekend passes, single day passes and camping passes will go on sale Friday February 28, 2020 and will be available at the festival website.