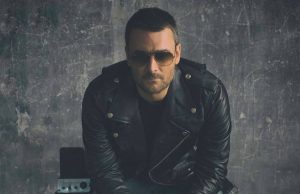 In a video posted on Facebook and shown on the main stage at Laketown Ranch, Sunfest Country announced Eric Church will headline the 2018 Sunfest Country Music Festival in Lake Cowichan.

Tickets are on sale now for fans attending this year’s festival until Sunday August 13, 2017. Tickets will be available to the general public Monday August 21, 2017