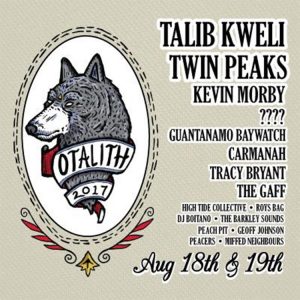 Tofino/Ucluelet’s Otalith Music Festival has announced their 2017 lineup headlined by Talib Kweli and Twin Peaks. Otalith happens at Ucluelet Loggersports Pavilion & Ulcluelet Campground Friday August 18 and Saturday August 19, 2017. Most passes were sold before the lineup announcement and there are less than 100 festival passes remaining.