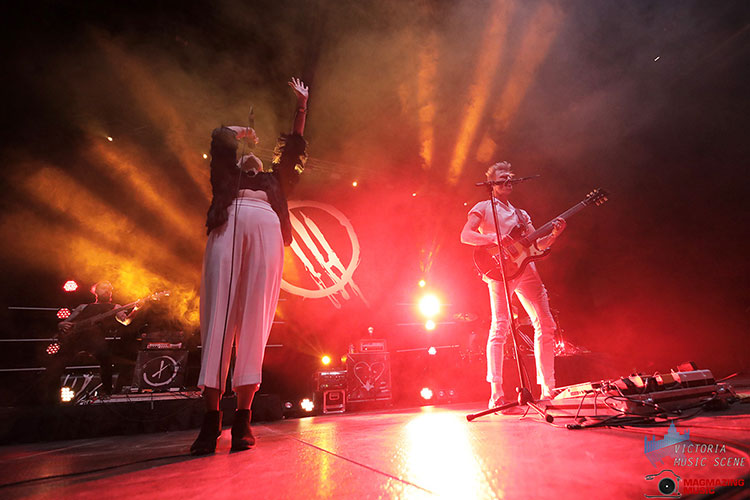 To view Magmazing Music’s photos at the Victoria Music Scene Facebook Page, go to the embedded post below or see select highlights and quick review at the bottom of this post.

Recap:
Mother Mother returned to Vancouver Island for the first time since last July when they headlined both Canada Day celebrations at Victoria’s Inner Harbour and the 2016 Tall Tree Music Festival in Port Renfrew. Victoria was one of the final stops on their cross-Canada ‘No Culture’ tour before their five-show finale engagement at the Commodore Ballroom in Vancouver. Victoria was also the only stop headlining in an arena.

More than 2700 people filled Save-On-Foods Memorial Centre for the show. While that was not a sell-out crowd it was the band’s largest non-festival/non-outdoor audience for a Victoria show by almost double.

If you were already a fan of Mother Mother, you were treated to a vintage Mother Mother set full of many of their large catalogue of radio singles and long medleys of hits and covers. The band has performed in Victoria at least once a year for the last decade, so it was refreshing to hear a number of new songs. None of the new songs felt out of place and were well received by the fans.

From a photographer standpoint, it was a much more challenging shoot than anticipated. Lighting at Mother Mother shows in years past and most concerts at the arena tend to have nice bright lighting making the job easy for the media photographers. This show was mostly back lit with very little spotlights. Molly Guldemond and Jasmine Parkin were mostly in relative darkness at their keyboards while bassist Mike Young and drummer Ali Siadat seemed to be lit better probably because much of the lighting was directly behind them. 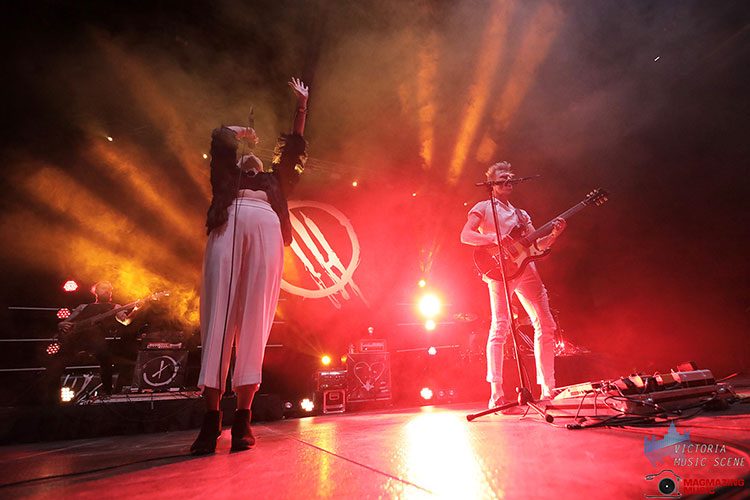 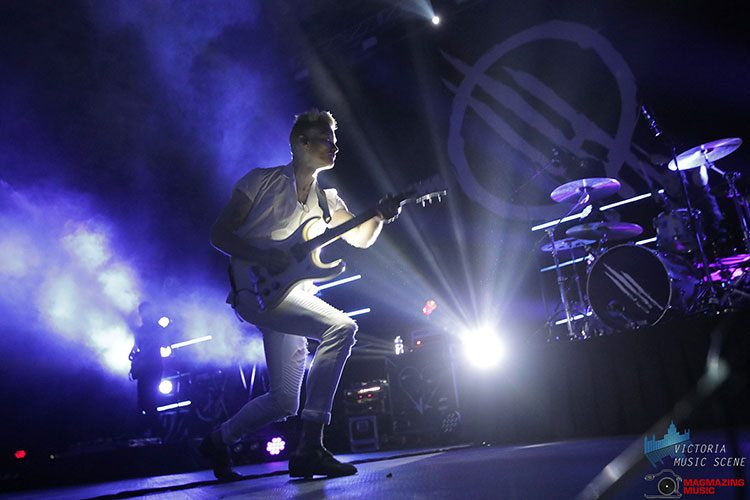 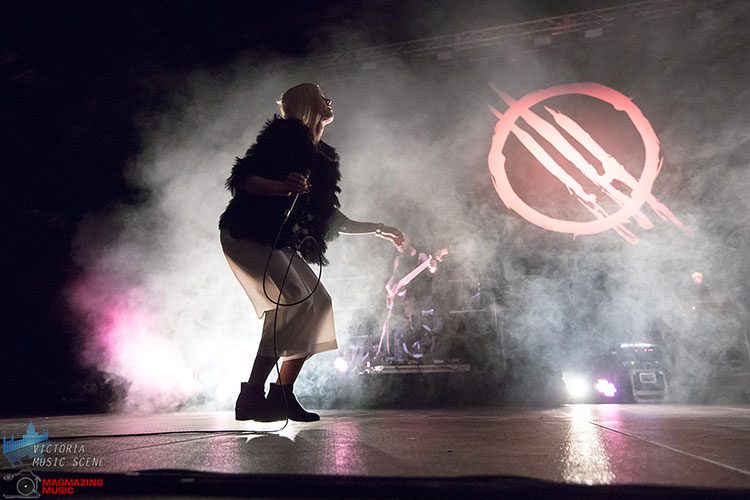 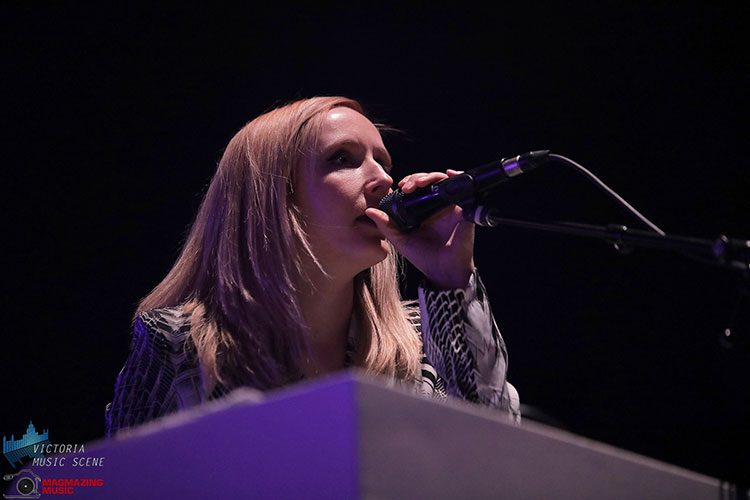 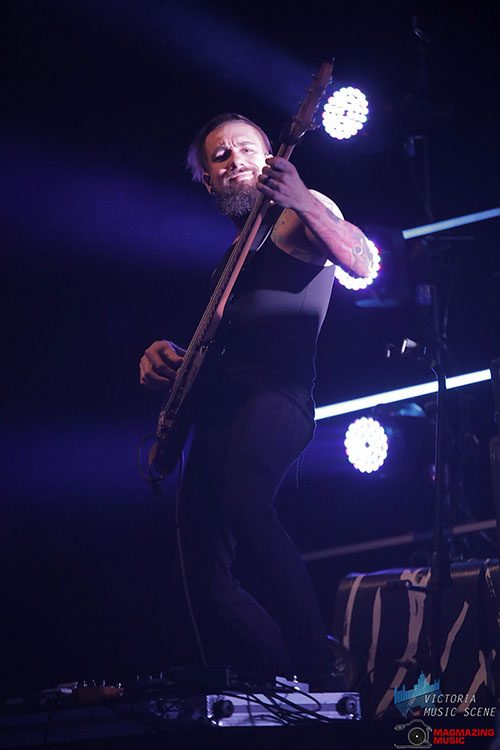 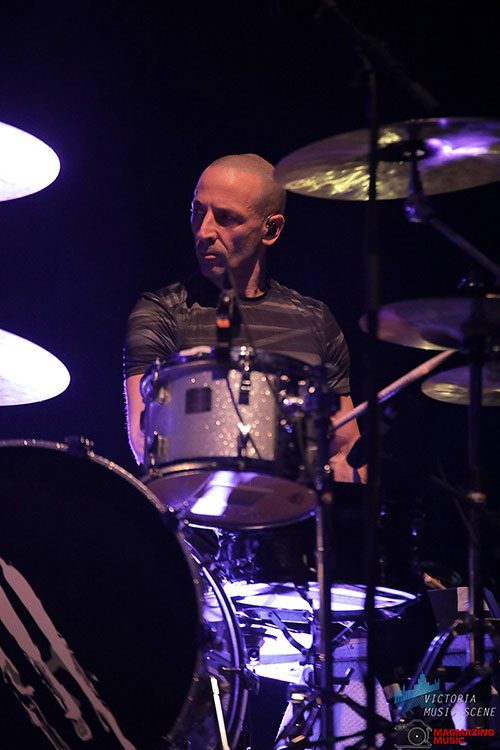 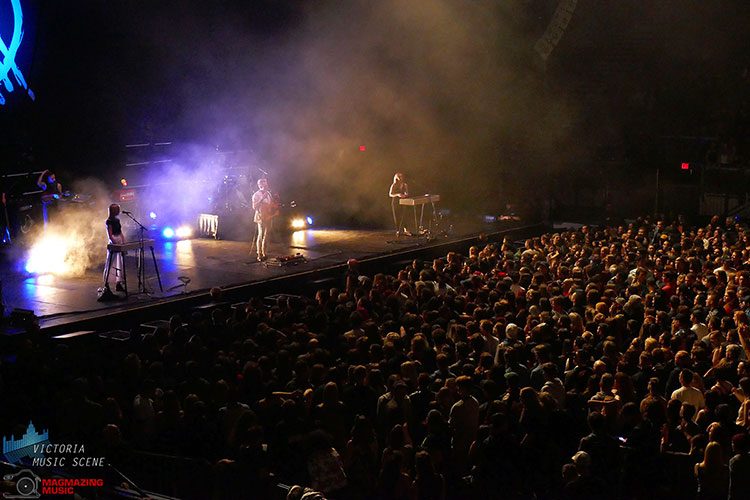 Opening the concert was alternative hip hop artist K.Flay from Chicago. Backed up by a drummer and guitarist/bassist K.Flay performed a solid 42 minute set. Only really knowing her single ‘Blood in The Cut’ which has been in significant radio rotation on The Zone, I didn’t really know what to expect from K.Flay in a live show. Seeing her jump around the stage, whipping her hair, playing guitar and playing the keyboard to go along with her Macy Gray like voice left me impressed.

Unfortunately none of the media photographers were given clearance to take photos from the photo pit. This was disappointing for a few of us who were really wanting the opportunity to shoot someone new (it was K.Flay’s first time visiting Victoria) and an artist quite possibly on the rise. I had to settle for taking photos from my seat with my point and shoot camera I always have with me on standby. Granted, had photographers been able to shoot from the pit, we would have faced dark blue and red lighting which tend to be the most difficult scenarios to shoot in. 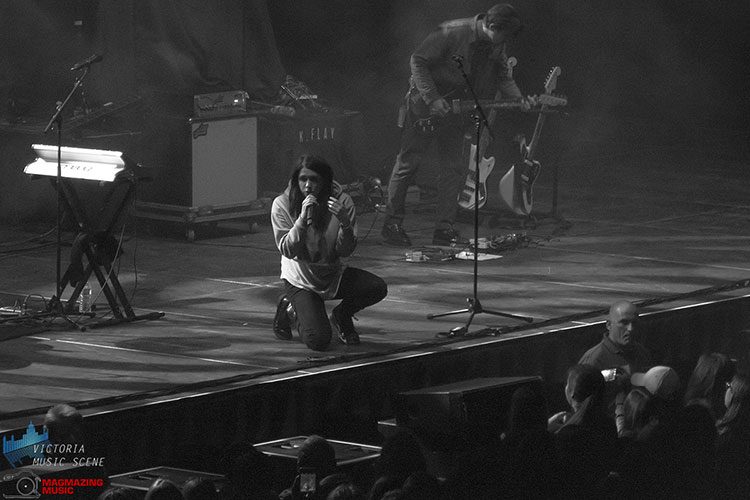 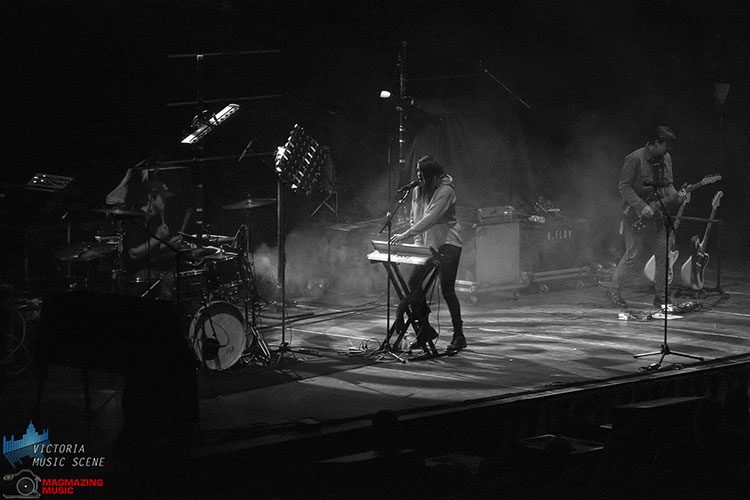 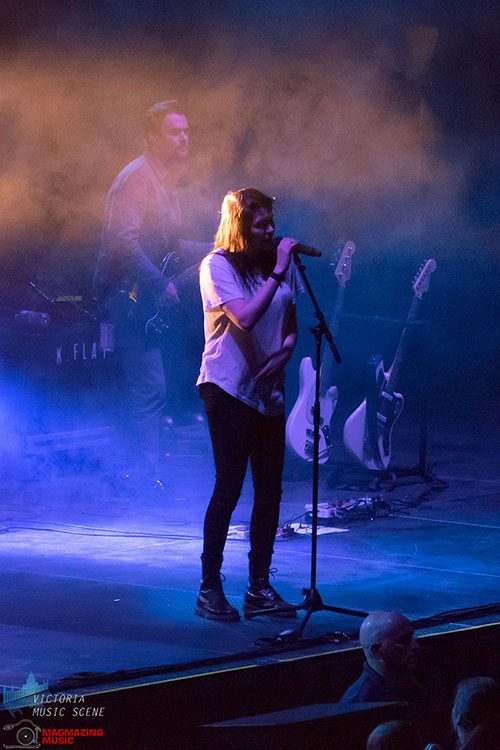