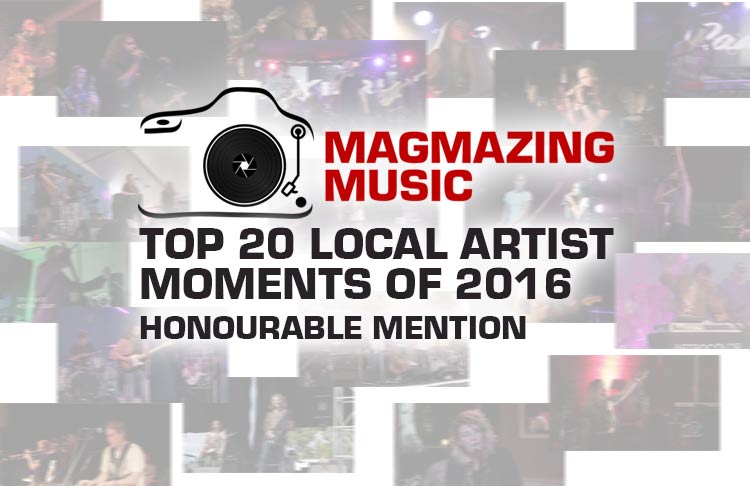 The Top 20 might have the bragging rights to post on their social media “Hey! We were ranked number whatever by Magmazing Music…” but this Honourable Mention section aren’t a bunch of castoffs. Every single video in this section is a piece of footage I looked at and copied the YouTube link thinking “hey, that was a cool moment.” The fact there are so many videos in this section shows how painful it was to decide what went where and also represents how much artists in Victoria have upped there game.