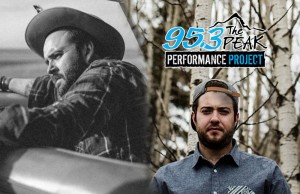 Leeroy Stagger and Transit will now perform at Alberta’s Peak Performance Project finale showcase at Flames Central in Calgary Alberta where the $100,953 grand prize winner will be announced Saturday November 21, 2015.

The other finalist named to the top 3 is The Royal Foundry from Sherwood Park, Alberta