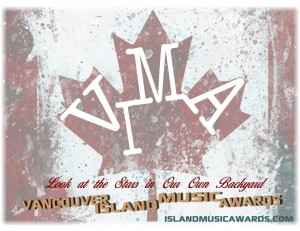 After the 10th annual Vancouver Island Music Awards in March 2014, VIMA founder James Kasper announced he would step down as the producer of the event.

It has been announced that Bryce Jackson of Hidden Dragon Entertainment will be the new producer for the music awards.

“Inspiration is easy to find on the West Coast, Jackson explains. “It’s one of the reasons we produce so many high-calibre musicians. Vancouver Island is the perfect place for celebrating, recognizing, and nurturing talent in music. I’m really looking forward to the eleventh season of the VIMAs.”

James Kasper will be a consultant for the 2015 event.

The Vancouver Island Music Awards are now accepting submissions for the 11th annual event. Deadline for submissions is Friday January 9, 2015.