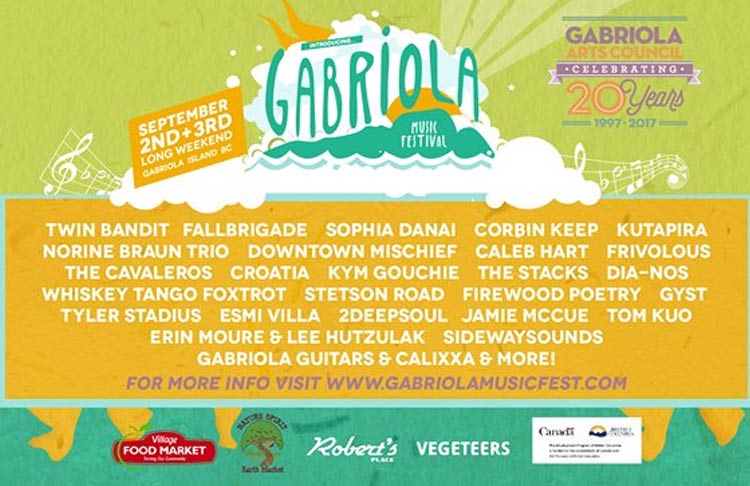 The Gabriola Arts Council presents the inaugural Gabriola Music Fest happening at 377 Berry Point Road (behind Twin Beaches Mall) on Gabriola Island, BC Saturday September 2 and Sunday September 3, 2017. The festival has announced it’s first lineup and the festival is part of the Gabriola Arts Council’s 20th anniversary celebrations. According to their Facebook Page, Gabriola Music Fest “will offer a Main Stage with more than 16 top-notch bands and performers from around the west coast, and including everything from folk to rock, blues to R&B, and reggae to family-fun. After the sun goes down, festival-goers will move into the Roxy Theatre to enjoy late-night, world-class DJs and live performance artists from around the world.”

Victoria gave a fond farewell to @hollerado at @ca

Montreal's @hualigram had bit of a homecoming perf