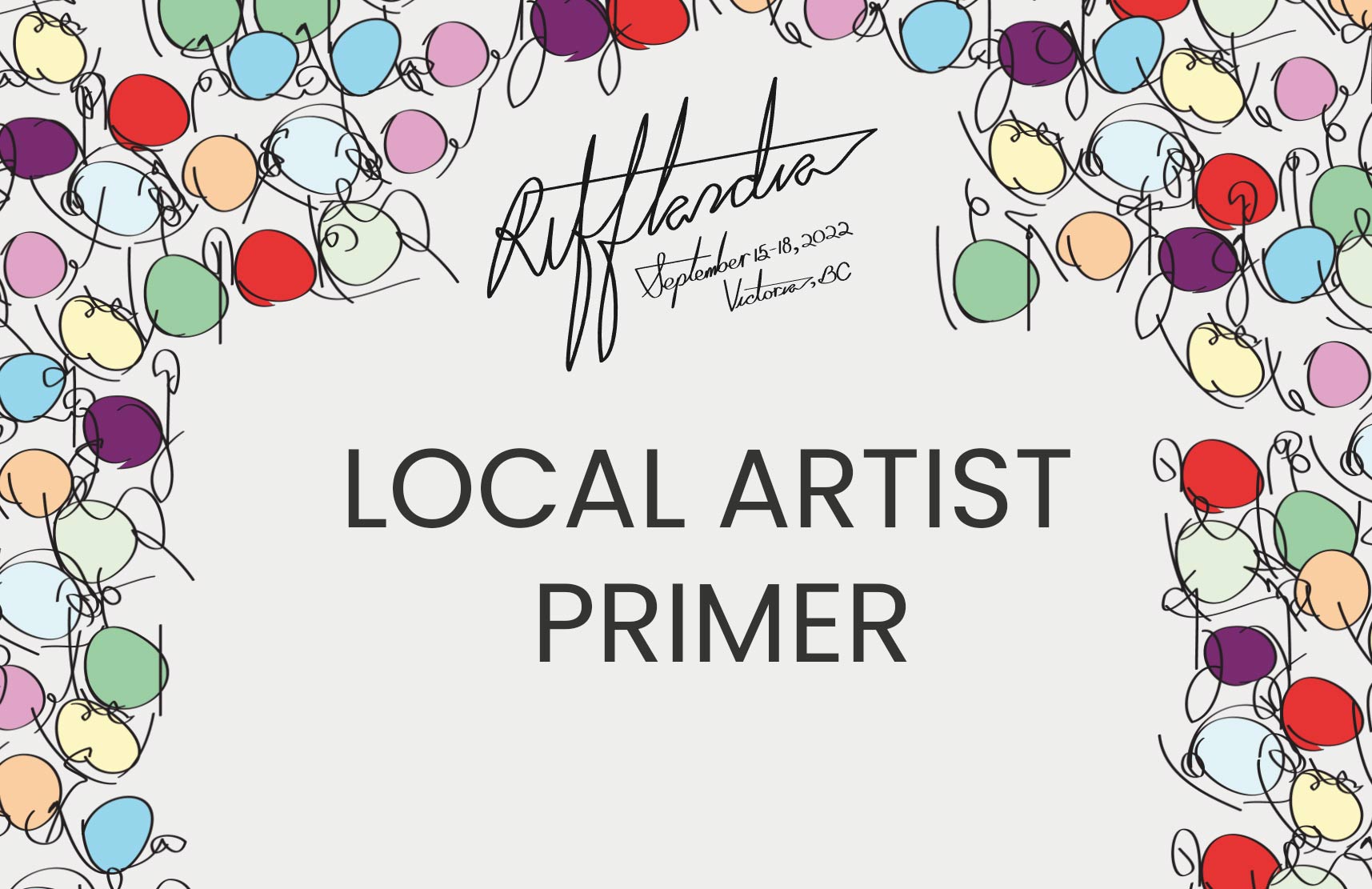 Rifflandia is back with a powerhouse lineup that includes Lorde, Charli XCX, Ben Harper, Cypress Hill, Bikini Kill, Dillon Francis, Shaquille O’Neal (as DJ Diesel), Pussy Riot and Bran Van 3000. But this is a Victoria music festival, so which performers have local connections? We’re here to show you the handful of Victoria artists and even a couple from other Vancouver Island communities that are part of Rifflandia 2022. As always we tried to find video to showcase how each artist performs live.

This is your Rifflandia 2022 Local Artist Primer.

For the full lineup, schedule and and festival passes go to rifflandia.com. As of this article’s publishing, the festival has released a few more superpasses for sale.

8pm – ROUSZ – Dome Stage
Victoria-based DJ ROUSZ kicks off Rifflandia at Electric Avenue’s Dome Stage with music heavily influenced by “dark stripped-back techno mixed with deep rolling tech house bass lines.” She most recently performed sets at Burning Man performing both solo and B2B sets with another Rifflandia DJ RUMPUS. Many in the local electronic music scene know her for her video work doing highlight videos for Neon Steve, The Librarian and Bass Coast Festival. She only transitioned from behind the camera to behind the decks publicly in the last couple years and has quickly established herself as a producer on the rise.

8pm – Nicky Mackenzie – ARC Stage
Originally from Salt Spring Island, Nicky Mackenzie recently moved to Victoria. She first gained some national attention showing off her jazzy vocals as a contestant on CTV music reality show The Launch in 2018 when she was 16. In the last year she has performed in Victoria at the All Ways Home Festival in Langford, the 2021 edition of the Jon and Roy Holiday Special and the Phillips Implosion Explosion.

11:20pm – Bridal Party – ARC Stage
Bridal Party are an indie pop-rock band from Victoria. After performing one of the last local shows before the world shut down in 2020 they were named a Zone Band of The Month in June 2020. Bridal Party returned to the stage this May for shows at Lucky Bar and the Phillips Glitterbomber. They seem primed to possibly perform some new music.

3pm – The Choirs YYJ – Main Stage
Victoria’s The Choirs YYJ return to continue Rifflandia’s tradition of kicking off the music at Royal Athletic Park each day with contemporary songs sung by a non-auditioned ensemble. Led by Marc Jenkins, the Choirs YYJ began as three separate groups (The Choir, The Chorus, and the Mini-Choir). It now includes more than 200 members of all ages, genders, experiences, vocal abilities and musical tastes.

3:30pm – Art d’Ecco – Main Stage
Art d’Ecco is an indie rock singer/musician based in Victoria. The last time he performed in Victoria was at the Phillips Backyard Weekender in 2019. The fact Art d’Ecco hasn’t performed in our area isn’t for a lack of trying. An opening spot for July Talk was cancelled last year after members of July Talk got sick. His own headlining show was postponed and then cancelled due to COVID restrictions. Recently, a concert scheduled with Franz Ferdinand in Vancouver was cancelled just days before the show. Art d’Ecco’s live shows were previously known for his darg bob wig, loud attire and heavy makeup as was the case at his 2018 Rifflandia performance at Rubber Boot Club. Now the wig and makeup are gone, but the music is still fun. We only wish he had a longer set time.

4pm Gold & Youth – Rifftop Stage
Gold & Youth are an indie rock/electronic band based in Vancouver. Band members Matthew Lyall, Murray Mckenzie and Jeff Mitchelmore are all from Victoria. They’ve been together for more than a decade and were once called The Racoons prior to 2011. Gold & Youth last performed in Victoria opening for Yukon Blonde last December.

ELECTRIC AVENUE
8pm – Murge – Dome Stage
Victoria’s Murge is a DJ/Producer who has performed numerous festivals over the years. He released his debut album in March 2020 just as the world shut down. Recently, he released his new single ‘Everything’ that features Ashleigh Eymann on vocals.

10pm – Whipped Cream – Phillips Main Stage
Whipped Cream is Nanaimo DJ and producer Caroline Cecil. Her song ‘So Thick’ was featured on the soundtrack for 2020 movie Birds of Prey. This year she has performed at Coachella and Lollapalooza among a long list of major music festivals.

10pm – Astrocolor – Dome Stage
Victoria’s Astrocolor are a band mixing electronic and live instrumental music. The group is fronted by DJ/producer Neil James Cooke-Dallin who brings some stage theatrics with his flashy clothing and engagement with the audience. Their most recent festival performances at the Phillips Glitterbomber and Laketown Shakedown also featured Victoria’s Lindsay Bryan on vocals.

10pm – Kuba Oms – KWENCH Stage
Kuba Oms has a had a long history in the Victoria Music Scene with his work with Velvet going on nearly 20 years and his solo work as a soul-pop artist. Oms is a Rifflandia veteran having performed in 2010, 2011 during a torrential downpour and in 2018.

10pm – Vince Vaccaro – Base 2 Stage
Victoria’s Vince Vaccaro has been a local staple in the local music scene for many years with a long line of well known singles like ‘Costa Rica’ and ‘Catch a Fire’. At Laketown Shakedown this summer, he performed an entire set of new music that included his recent single ‘Rock n Roll’ that has been in rotation on The [email protected]

2pm – Lappelectro – Main Stage
Lappelectro is a Victoria based quartet fronted by world renowned singer, fiddle and jazz trumpet player Daniel Lapp. Their music fuses electronic elements with jazz. The group performed at former Victoria venue Steamers Pub every Sunday in the early 2000s. This will be Lappelectro’s first performance together in nearly 20 years.

ELECTRIC AVENUE
8pm – Pastel Blank – Base 2 Stage
Pastel Blank is a psychedelic funk alt-rock band from Victoria formed in 2019. They are currently the [email protected]’s September 2022 Band of The Month and have previously performed at the Phillips Glitterbomber in May and last September’s All Ways Home Festival. Their music has been compared to Talking Heads and Of Montreal.

10pm – LIINKS – Base 2 Stage
LIINKS are duo Georgia Murray and DWhiz. The couple were a featured as a Bell Media Future Star in 2014 and released their debut album Ridge Road in 2018. Since then they have released a number of singles and collaborated with other artists including Datsik and Travis Barker

11pm – Kandle – KWENCH Stage
Kandle is singer-songwriter Kandle Osborne. She is the daughter of 54-40 frontman Neil Osborne and grew up in Victoria. Her latest album ‘Set The Fire’ was released in 2021. This past May she opened for July Talk at The Royal Theatre. Recently, she performed with her father at the Sooke Music Festival as their site project together called ‘A Family Curse’. Her Victoria shows often include Victoria’s Kendel Carson and Lindsay Bryan as bandmates.

1:30pm – Sophia Stel – Rifftop Stage
Sophia Stel is an alt-pop producer and singer/songwriter originally from Victoria. We last saw her as vocalist for indie-pop band Stel with her brother Adam at Rifflandia 2018. Her first single as a solo artist ‘ineedthat’ was released in May. She has performed a few shows in Vancouver this summer including Fvded in The Park. The only live footage we could find was this tweet of a 12 second clip form a show in July

3:05pm – JESSIA – Main Stage
JESSIA is a pop singer from Ucluelet who has garnered over 230 million global streams. Her debut single ‘I’m Not Pretty’ went viral on TikTok which led to being signed to OneRepublic lead singer Ryan Tedder’s record label and collaborating with Bebe Rexha. She performed at Lollapooza 2021 and will be performing at Austin City Limits in October. 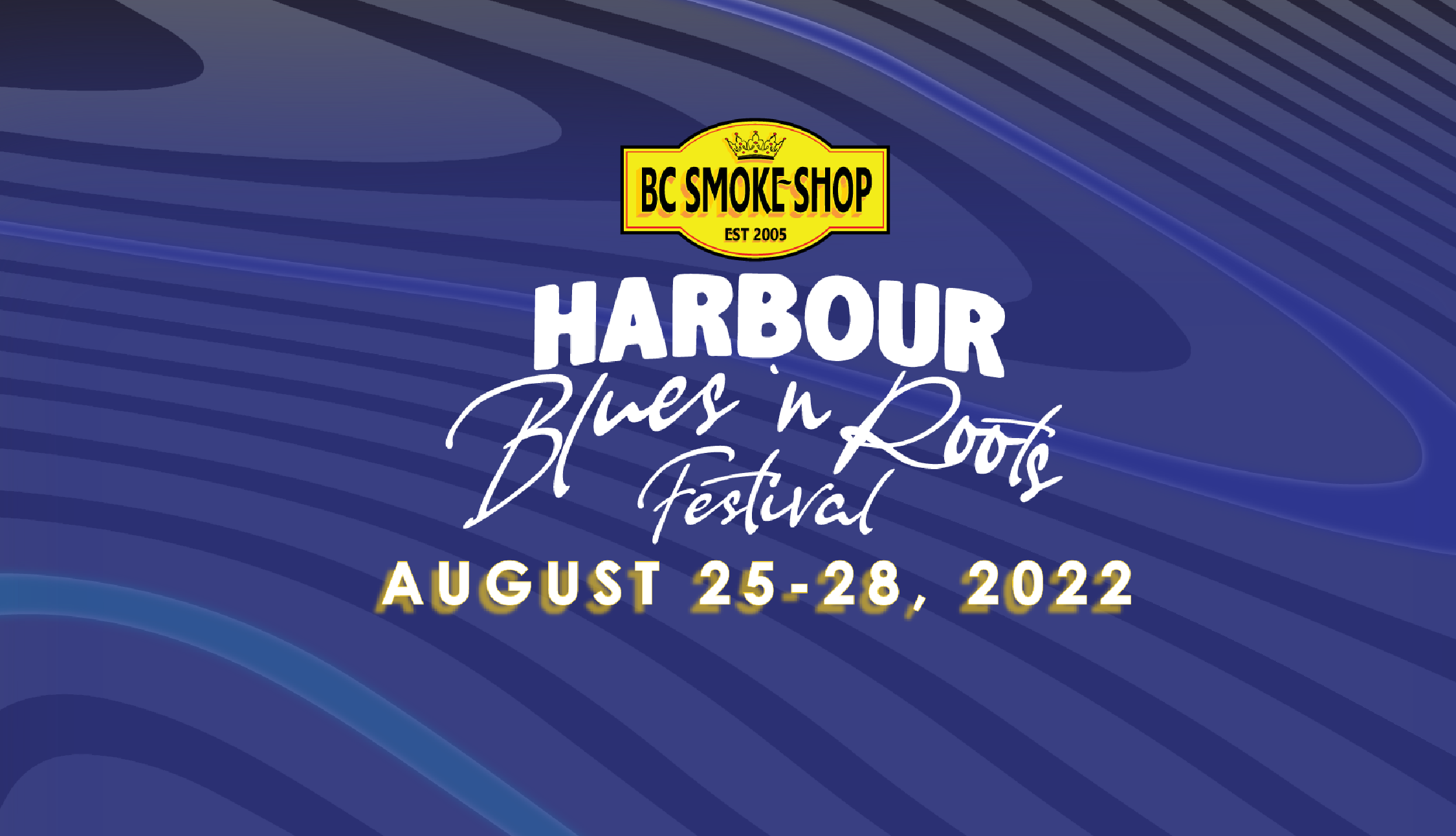 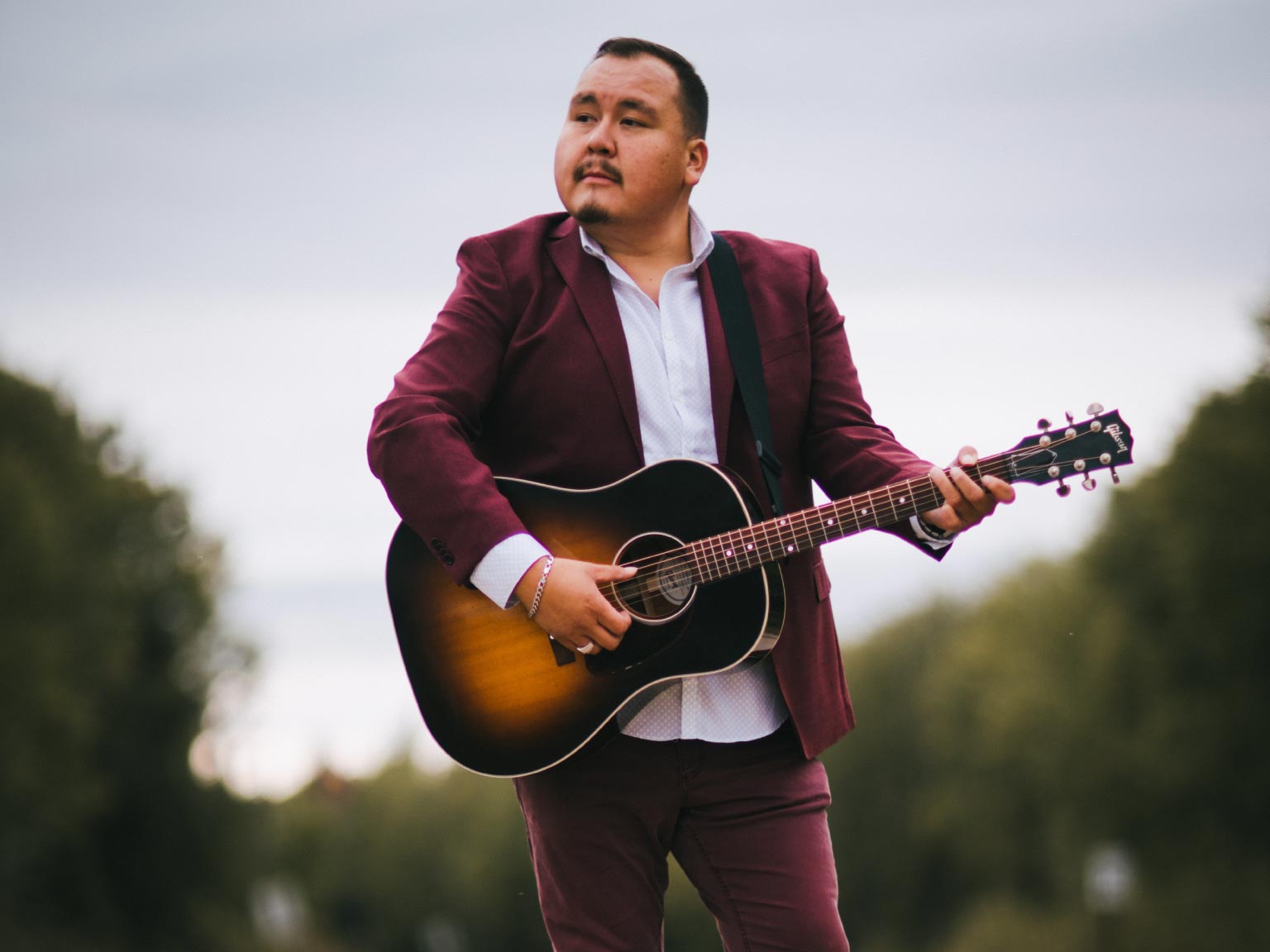 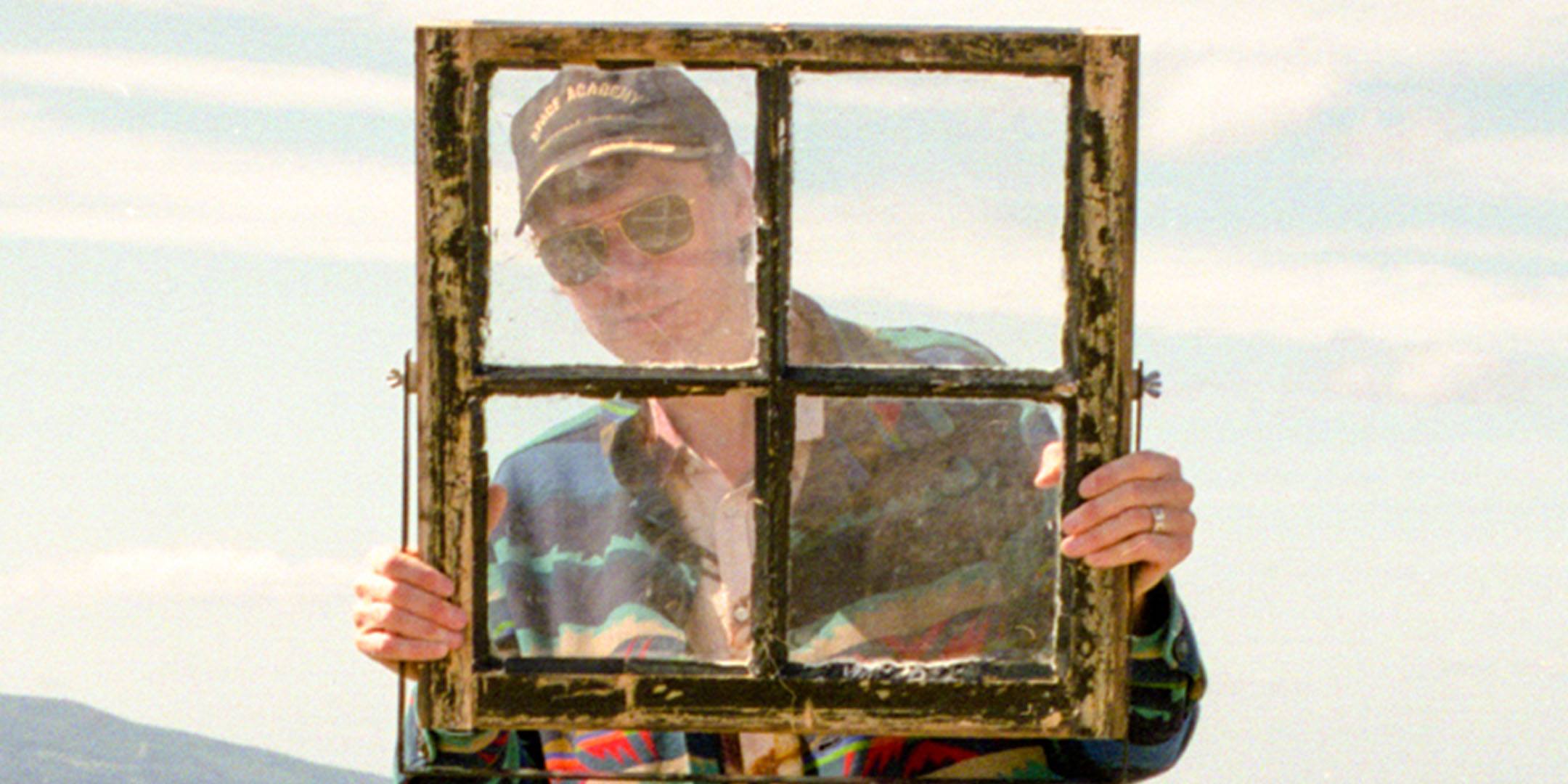 ***Due to COVID-19, this concert has been rescheduled. All previously purchased tickets will be honoured on the new date.*** MRG Vancouver Island presents An Evening With Joel Plaskett live at […] 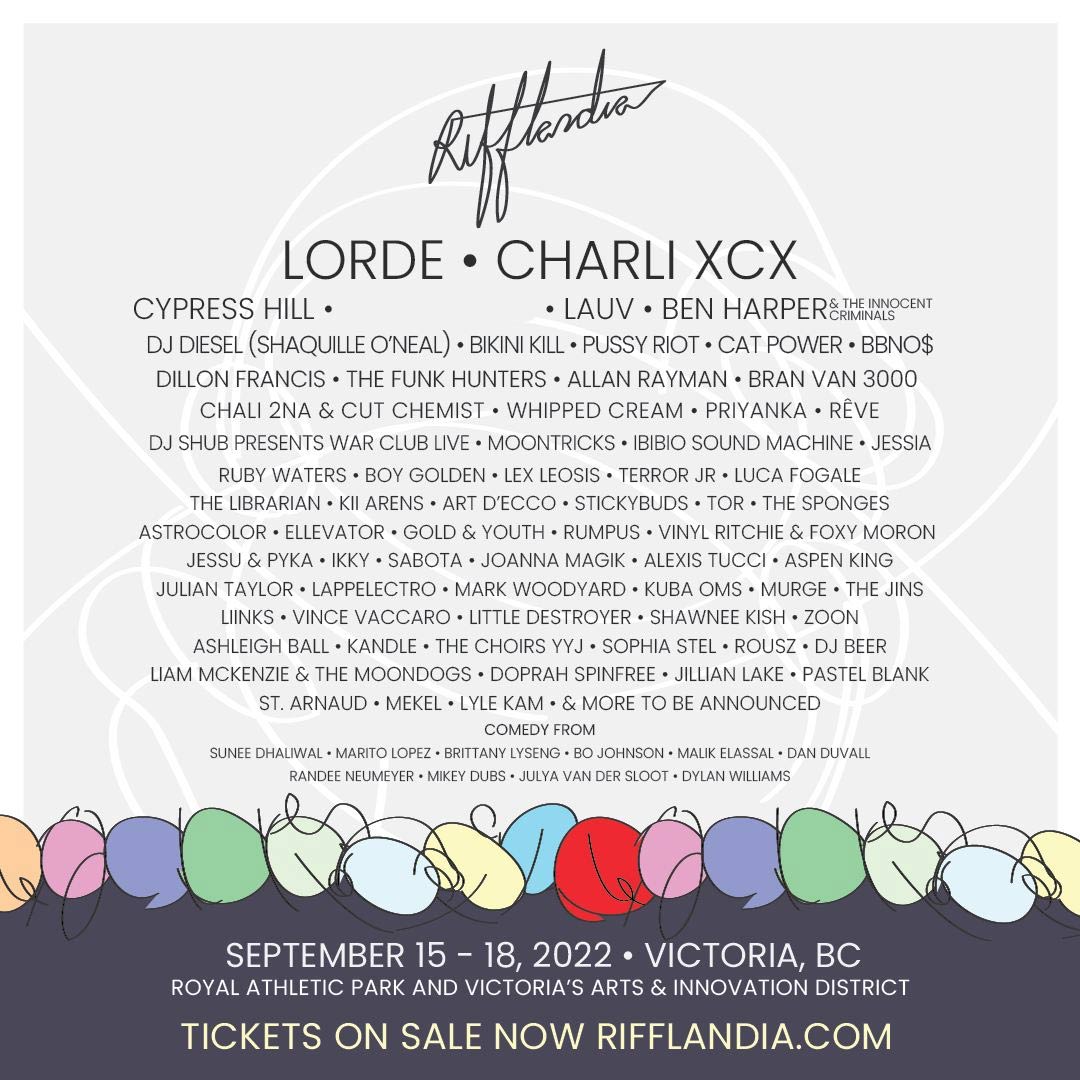 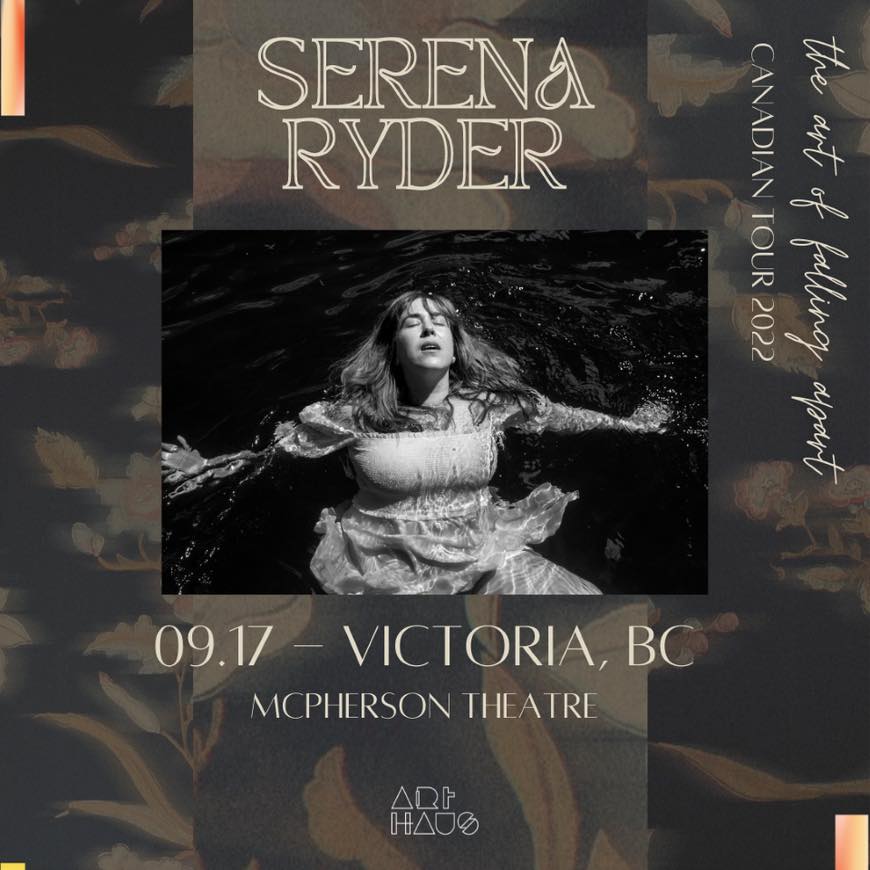 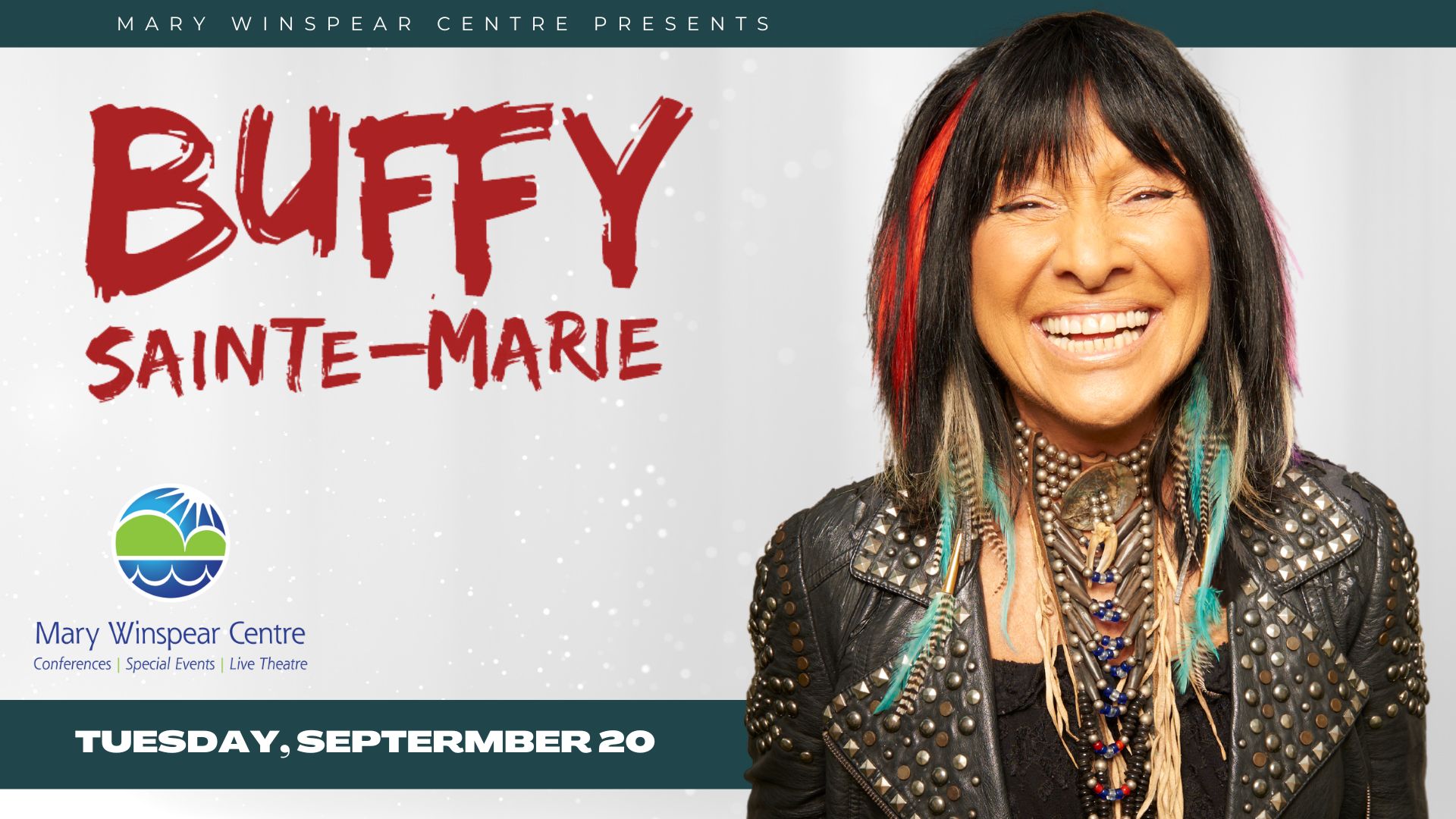 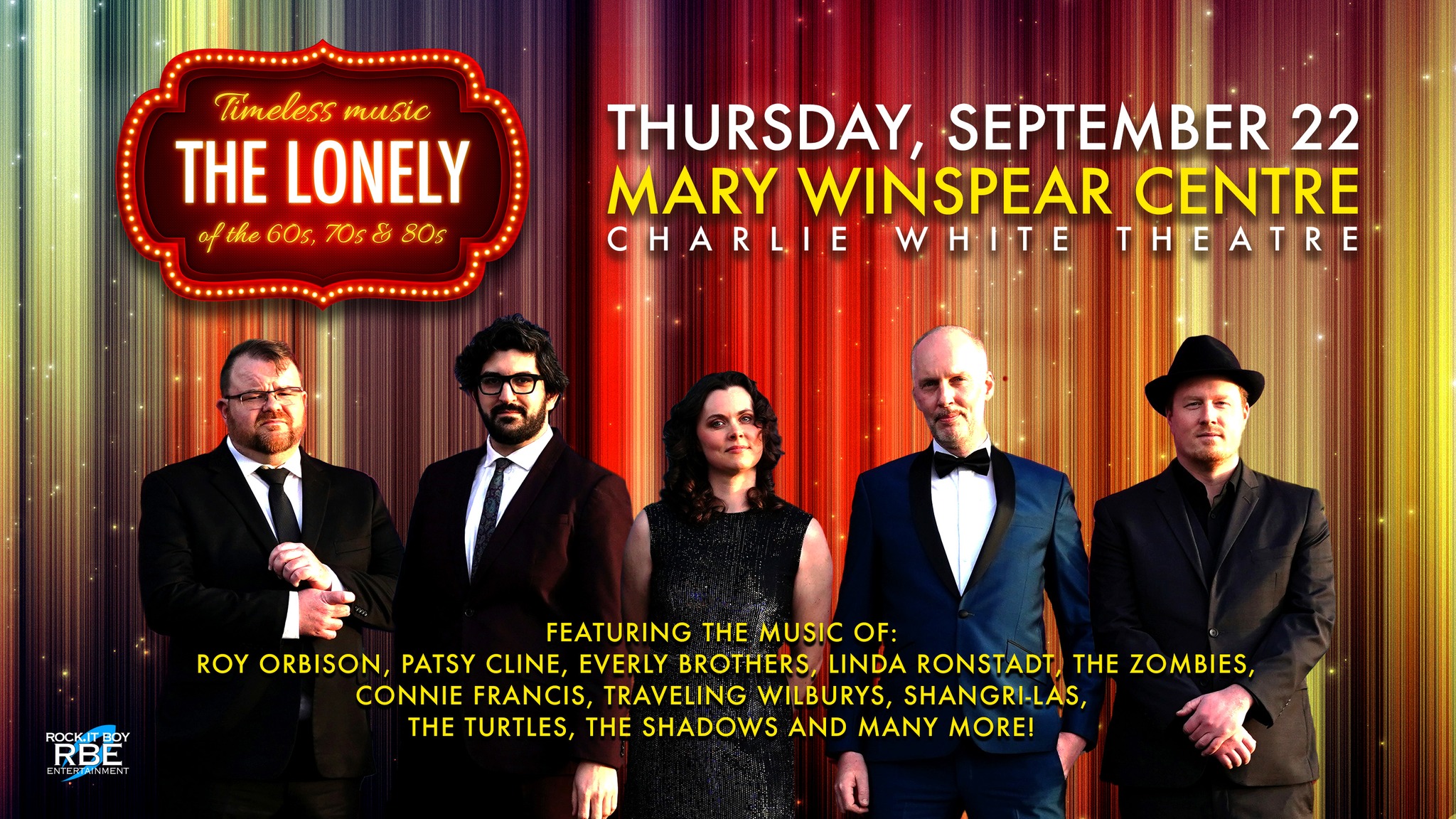 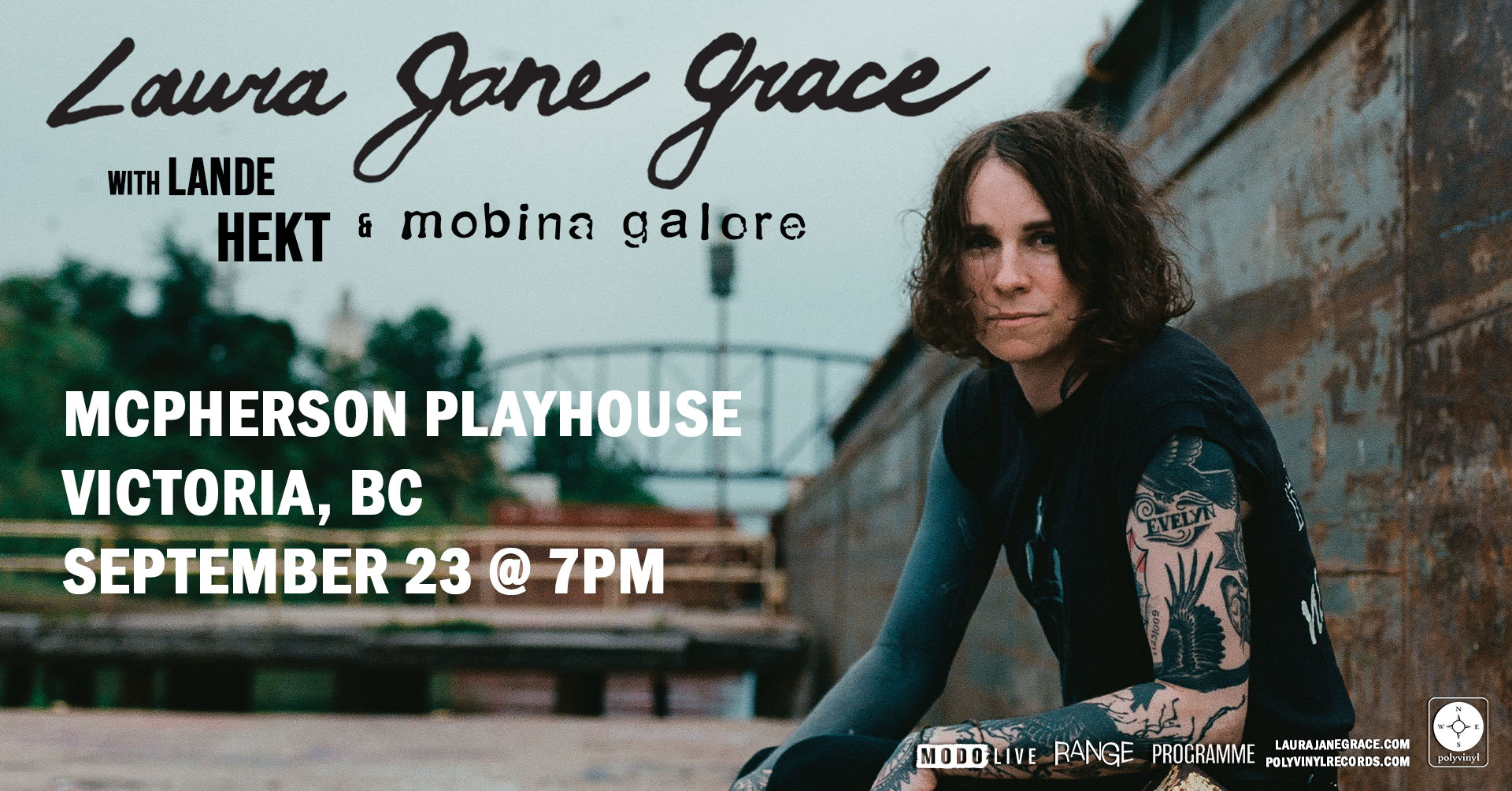 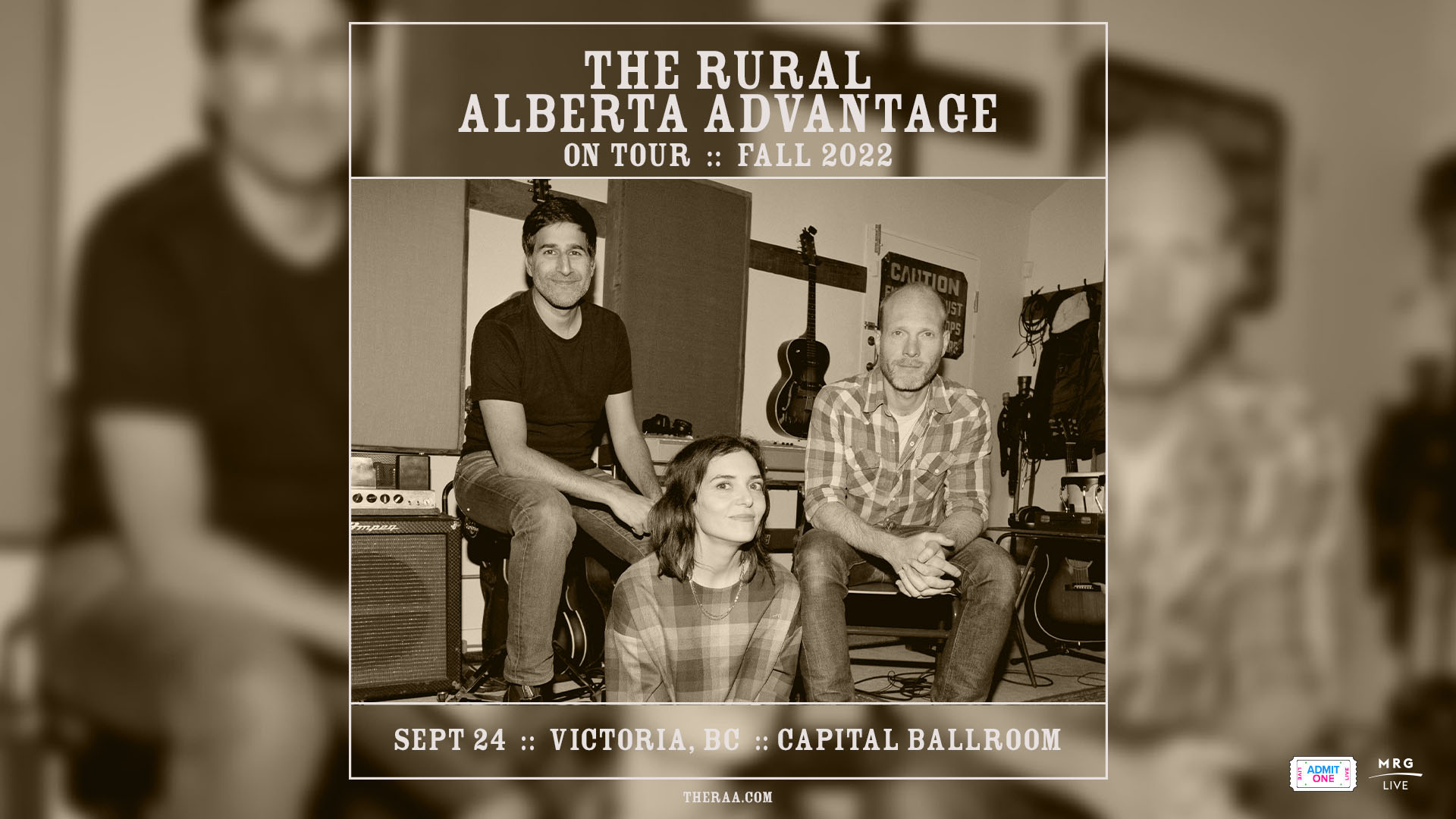 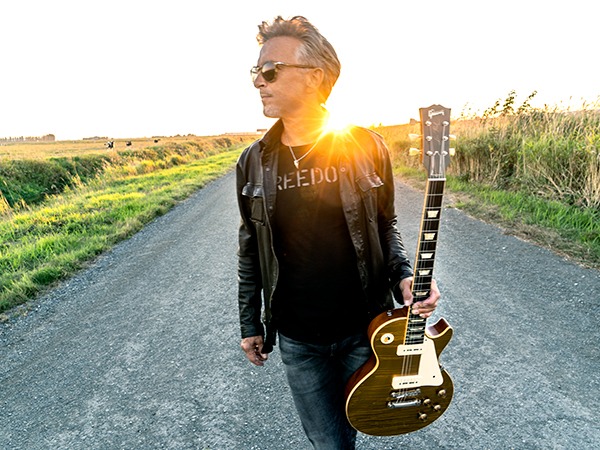 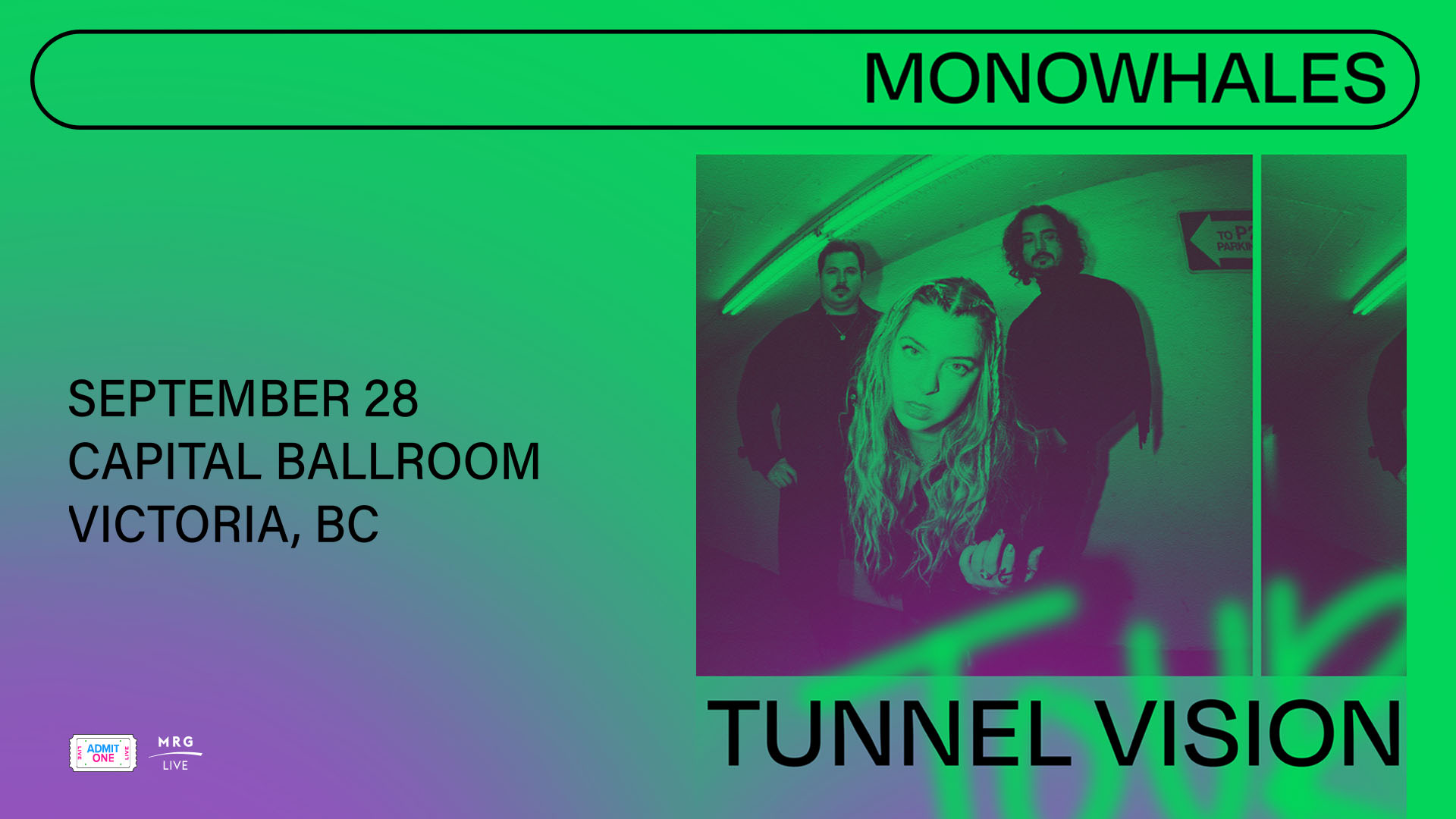 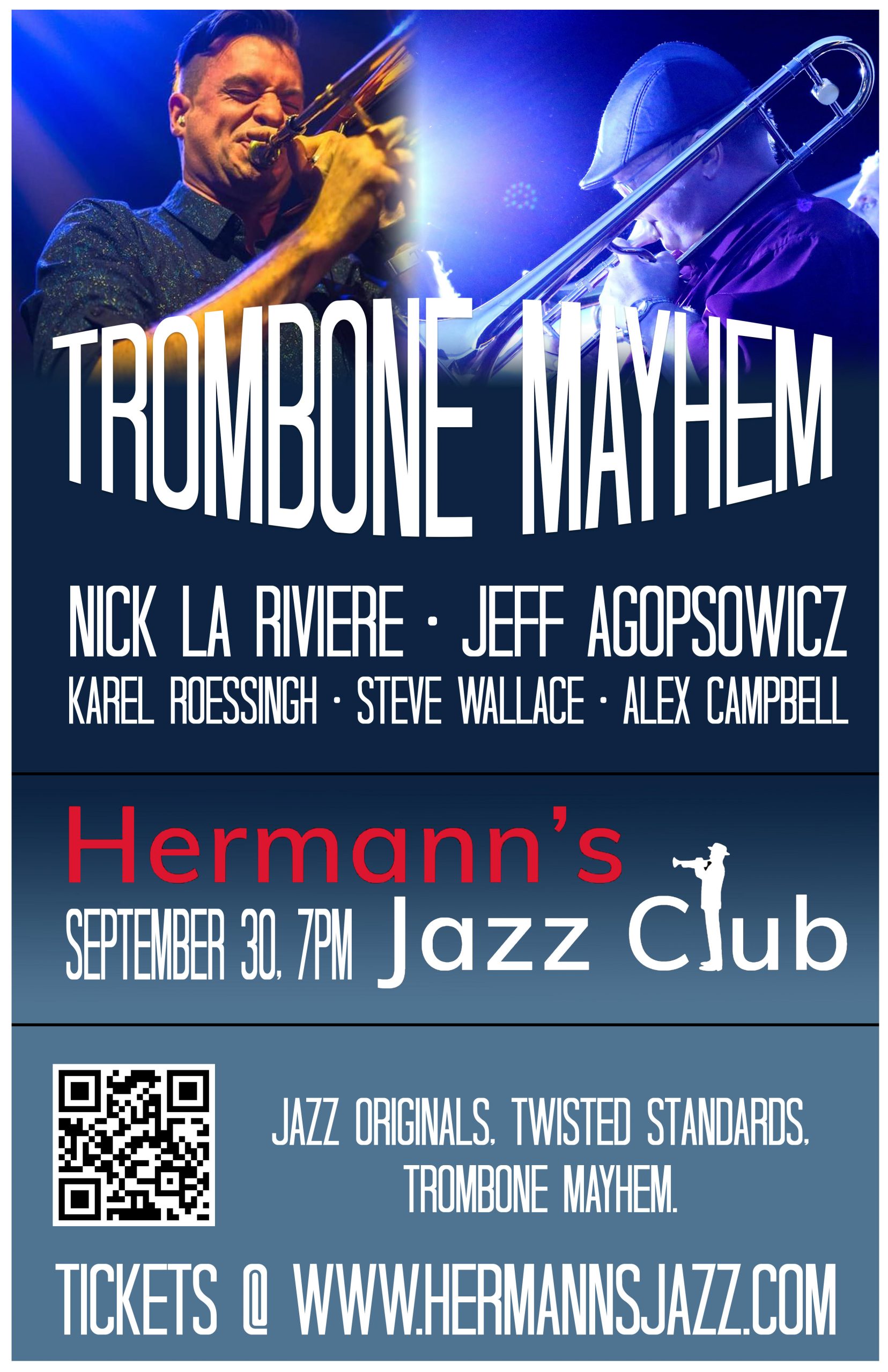