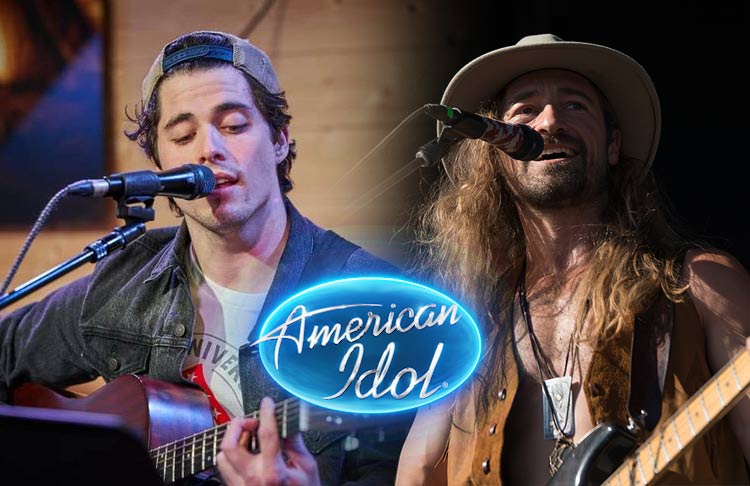 A singer-songwriter from Cohasset, Massachusetts earned himself a ticket to Hollywood for American Idol with the help of Jesse Roper’s song ‘Anytime of Night.’

25-year-old Jake Durkin performed the song in front of Idol judges Katy Perry, Lionel Ritchie and Luke Bryan. It was the second song Durkin played at the tryout.

“I had played Marvin Gaye’s ‘Let’s Get It On‘ to begin,” said Durkin. “The judges asked me for something more tender and soft, so I knew exactly what to play.”

I’d like to say thanks and good luck to Jake Durkin on the rest of his American Idol journey!!! It was surreal watching this clip. Nicely done Jake. I’ll be cheering you on the rest of the way. pic.twitter.com/4ezQm4fvZr

Durkin, who now resides in Nashville, came across Jesse Roper’s song on a deep dive into soul music on Spotify and loved it. One reason why he picked ‘Any Time of Night’ for the audition was that he plays it all the time with his band.

“It’s soulful and tender, and you can really deliver it with an authentic voice,” Said Durkin. “Plus, I wanted more people in the U.S. to know about his music.”

Jesse Roper found out that ‘Anytime of Night’ might be used on American Idol in late 2018 after he had dropped off his latest EP ‘Gotta Have It’ at 100.3 The Q when his manager called him. “He sounded giddy as a kid on Christmas,” said Roper. “When he told me about the email he’d just received from American idol I told him to shut up and give me the real reason he had called. I couldn’t believe it. I’ve seen people cover that song before but to possibly watch on national television was kinda mind blowing.”

Roper felt honoured seeing Durkin perform his song. “I was grinning ear to ear watching the performance,” Roper said. “It’s one of my favourite songs I have. To see somebody wagering their dreams on it was surreal.”

The episode showed the judges looking impressed and even showed Katy Perry “fainting” as she walked over to Durkin to give him his golden ticket to Hollywood. Perry tweeted a gif of the moment.

Head over heels for these contestants #AmericanIdol pic.twitter.com/5CKK4BGLcf

When asked if if he thinks Katy Perry would “collapse” in front of him, Roper doesn’t think so. “Jake’s a handsome guy and sings nice. I think if I had played it she would’ve liked the tune but maybe told me to use conditioner in my hair next time and to work on my vocal technique. She’d be right. Then I’d smash my guitar and throw a tantrum to make sure I got on TV. If you can’t get on for talent, get on for a laugh.”

We showed Jesse what Jake Durkin had to say about his music and he says that it’s an added bonus. “I spend so much time looking out from my vantage point trying to write and conjure ways to get ahead. I don’t relax and take things in much anymore. This experience has been nice in that while I’ve felt as if I’m making frustrating strides at a snails pace, 1000 miles away a guy named Jake Durkin has been listening to my music and getting inspired by my tune. That feels good. Feels like I’ve accomplished something.”

American Idol can be seen on the ABC network with some episodes airing on CTV2 (Sundays) with full episodes available to stream on CTV.ca