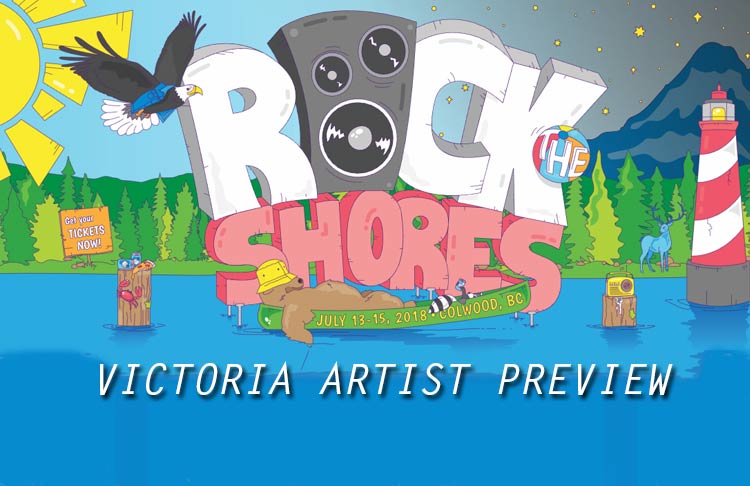 The return of Rock The Shores after a one year hiatus is one week away! While Brian Wilson, Social Distortion and X Ambassadors are headlining, we’re here to show you why you shouldn’t miss the local talent in the lineup.

Here is our Rock The Shores 2018 Victoria Artist Preview.

Friday
Sugar Castle (12:30pm)
Sugar Castle are a punk rock band from Victoria. They won the opportunity to perform on the Rock The Shores stage competing at Rock The Rink a battle of the bands competition for youth bands in the region. Below is a video of their entire set at a recent show at the Duncan Showroom.

Fortune Killers (1:05pm)
Fortune Killers are an indie alt pop band from Victoria. They released their most recent album ‘Temper Temper‘ last September and were featured in a video posted on Rolling Stone’s website showcasing the music scene in Victoria last year. The band formerly known as Isobel Trigger have just returned from a cross-Canada tour and this will be their first appearance at Rock The Shores.

Dirty Mountain (1:10pm)
Dirty Mountain is a roots-rock band let by Victoria’s Elli Hart. Dirty Mountain performed at the Sunfest Country Music Festival and the big stage at the BC Legislature for Canada day and were also a Zone Band of The Month last year.

Jesse Roper (5:20pm)
“The Metchosin One” Jesse Roper probably has one of the most dedicated fanbases in the city with fans of all ages. He’s a Rock The Shores veteran having performed the festival in 2014, 2015 and 2016. If you don’t know who Jesse Roper is, where have you been?

Sunday
Fox Glove (12:40pm)
With heartmelting harmonies, this folk trio will be a perfect start to Sunday claim your spot for Brian Wilson with a blanket and relax on the lawn with a cold beverage.

Single day and full weekend passes are still available at rocktheshores.com. There is also a new camping add-on available.