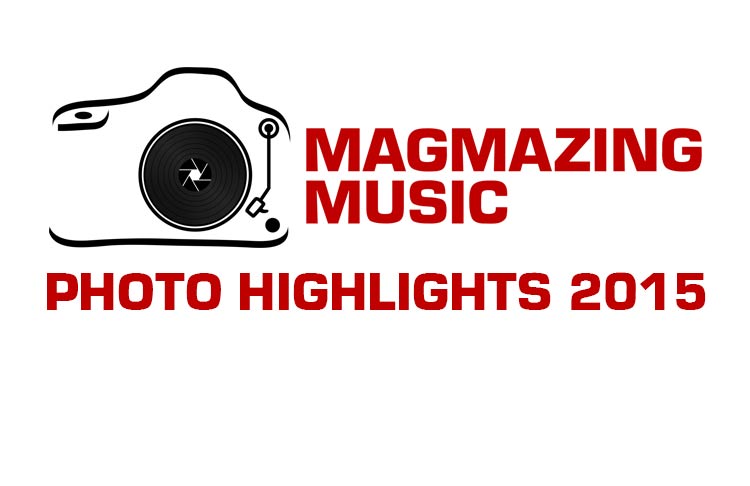 The follosing is an article by our resident photographer/videographer Magmazing Music:

With the 2016 YYJ Rocktographers Showcase coming up the weekend of January 22 – 24, 2016, I thought I’d make a post showing 10 of my favourite concert photos I’ve took in 2015. With more than 90 shows covered, 40,000+ photo/video files captured with my SLR, and 5000+ photos that made the cut and shared publicly, these select few are what I consider the best of the bunch.

Which one of these will be printed and hung on the wall at Fort Tectoria for the YYJ Rocktographers Showcase? You’ll have to come to the parties to find out and stay to check out a ton of other music photographers awesome work and see some live music. 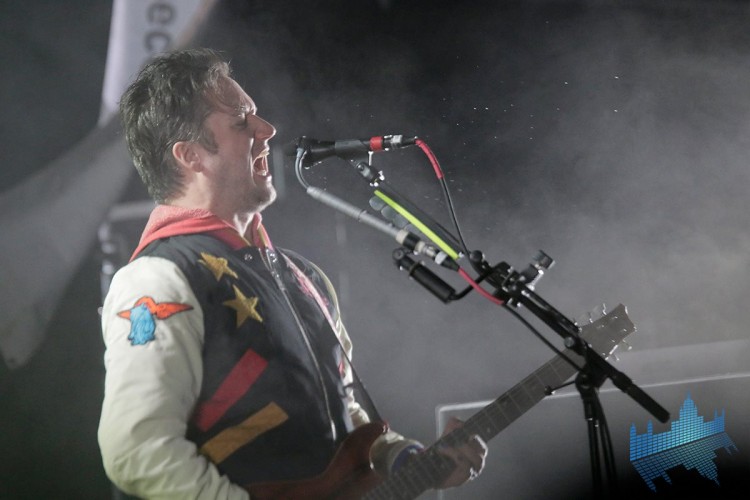 Modest Mouse headlined the Saturday of Rifflandia 2015. Some really cool shots came from this shoot. At one point a giant beach ball landed on stage and at another point there was some intense yellow and red light that made for great effect. This particular shot is one of my favourites simply because I was able to capture Isaac Brock’s spit flying from his mouth as he was belting out song lyrics.
Full Gallery: CLICK HERE
Modest Mouse: http://www.modestmouse.com 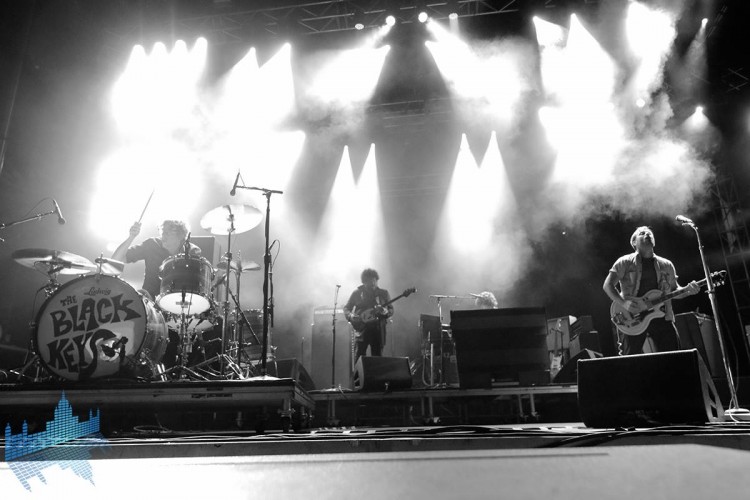 The Black Keys headlined the Saturday of Rock The Shores 2015. The lighting at this show was a mix of blue and pink for the most part with enough white light on Patrick Carney and Dan Auerbach to not make them look like Smurfs. I went black and white for this photo so the eyes aren’t distracted by the intense coloured lights and you end up focusing on Patrick and Dan. I liked how all four members of the band are in frame though I do wish the keyboard player was playing the one that’s in the foreground.
Full Gallery: CLICK HERE
The Black Keys: http://www.theblackkeys.com 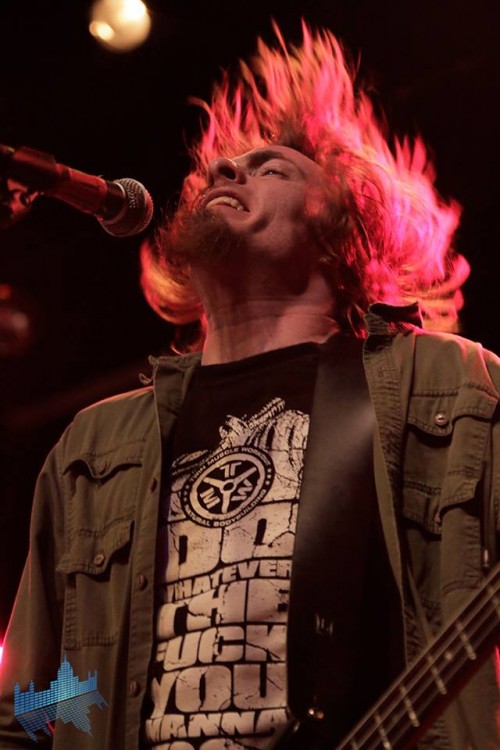 Current Swell opened for The Cat Empire at the El Rey Theatre in Los Angeles, California in April. The El Rey is a 1936 art deco movie theatre turned concert venue. I was in southern California on my annual trip to Coachella with my sister and happened to notice Current Swell were going to be playing while I was down there. It was really cool being able to take photos of a Victoria band in a famous venue in L.A. This shot of Current Swell bass player Ghosty Boy immediately became a favourite because the combination of his hair flip and the red lighting makes his hair look like fire.
Full Gallery: CLICK HERE
Current Swell: http://www.currentswell.com 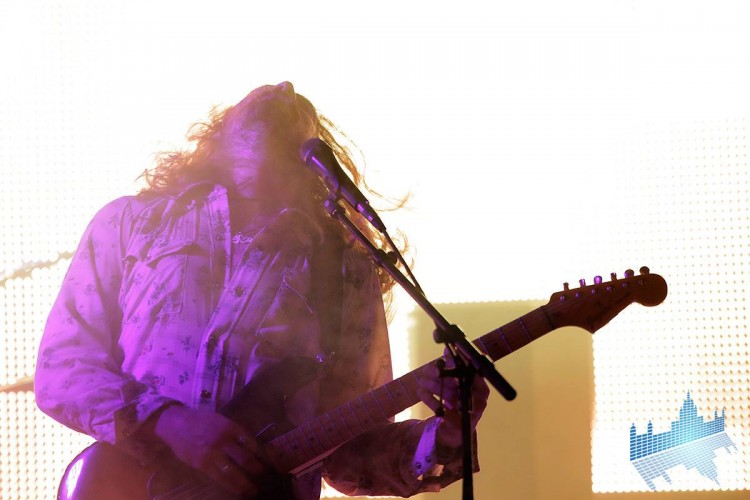 Jesse Roper was a special guest headliner at Sun Fest’s ‘The Road to Sun Fest’ contest round 2 showcase at Distrikt Nightclub in February. Pretty much every local music photographer has a favourite Jesse Roper shot. Just ask Tyson Elder of Rocktographers how many shots of Jesse were submitted for this year’s YYJ Rocktographers Showcase. He just has that stage presence that translates great in photos. There’s always something visual interesting going on during his shows. With this shot the explosion of light as Jesse brings his head back just grabs your attention and then you see the pattern of the LEDs near the sides. It was one of those photos where I was flipping through photos on my camera and immediately stopped and looked closer wondering “how did I get that shot?”
Full Gallery: CLICK HERE
Jesse Roper: http://www.jesseroper.ca 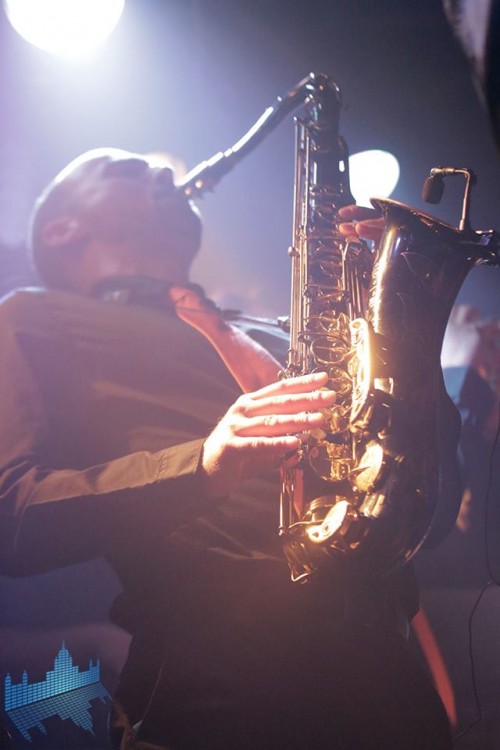 The New Groovement headlined their ‘Orange Album’ CD Release Show at Garden City Grooves in October. Shooting an eleven person band at Lucky Bar is challenging, especially if you’re trying to isolate a single member. Somehow I was able to mostly isolate sax player Jonathan Bridgman and not cut off his sax in the frame while he’s leaning back. The other thing that made this shot stand out for me was the combination of my focusing on the saxophone rather than his face and the slight over exposure of his hand and portion of the sax that the light was shining on.
Full Gallery: CLICK HERE
The New Groovement: http://www.thenewgroovement.com 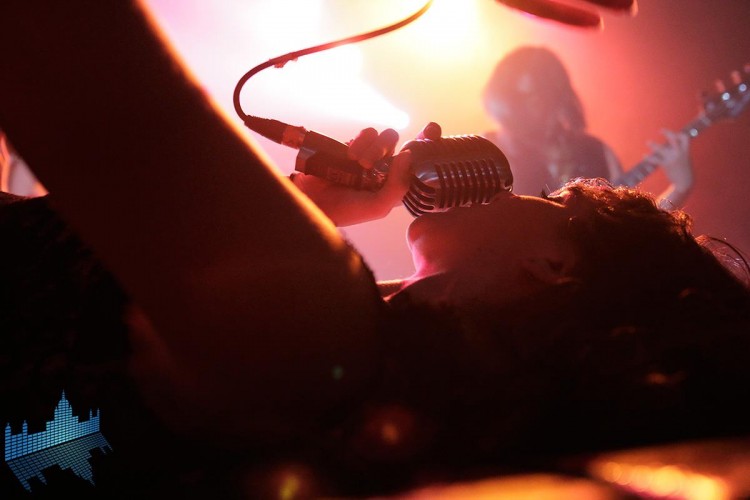 Thunderpussy performed headlined at Sugar Nightclub on June 19th, which coincidentally was the opening night of the last YYJ Rocktographers Showcase. If you want to take some provacative concert photos, go shoot a Seattle all-female band Thunderpussy. You’re guaranteed to get some sexy shots that don’t cross ‘the line’. For this shot I was standing in Sugar Nightclub’s narrow photo pit and lead singer Molly Sides lies down directly in front of me. The problem with that particular part of the stage is the the lighting tends to be dark so I’m basically triggering the autofocus and hoping for the best. This is one of my favourite shots because of the old style microphone and the bass player in the background. I have another shot from this show that I banged my head against the wall over because it’s such a great shot, but it’s totally out of focus.
Full Gallery: CLICK HERE
Thunderpussy: http://www.thunderpussyusa.com 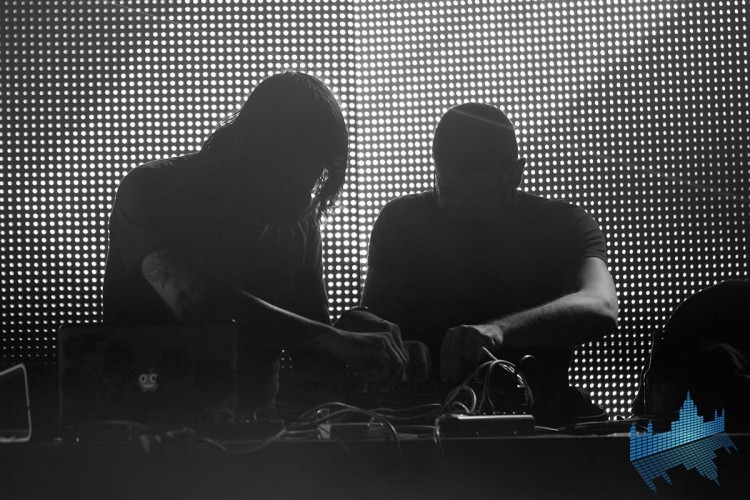 MSTRKRFT performed at Distrikt Nightclub way back in January 2015. The interesting thing about this show was that MSTRKRFT’s Jesse Keeler was performing at Sugar Nightclub just an hour or so beforehand as Death From Above 1979 was headlining there. This was one of the first shows I shot in 2015 and this photo I keep looking back at. It’s pretty much all back lit from the LED screen By some miracle, the camera somehow managed to get spot on focus on MSTRKRFT despite their faces and bodies being in complete darkness and me shooting for a fair distance away. Making it black and white just made the contrast more effective giving a little more focus on the action of the duo’s hands.
Full Gallery: CLICK HERE
MSTRKRFT: http://www.mstrkrft.com

3. Hugh Dillon of The Headstones at Distrikt Nightclub (November 26, 2015) 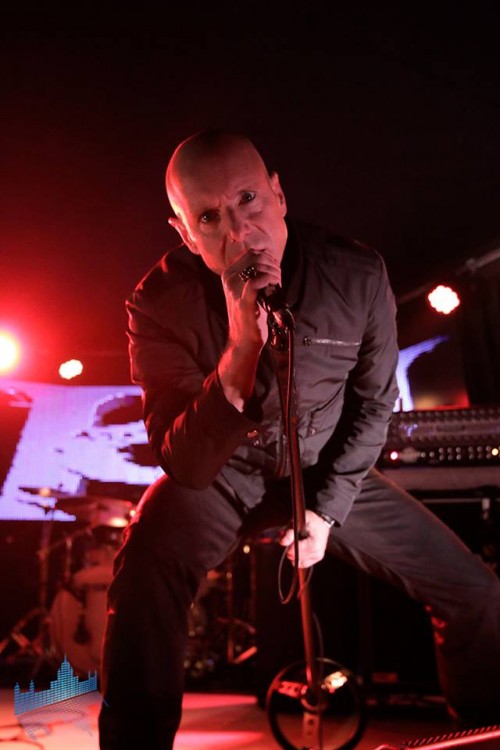 The Headstones performed live at Distrikt Nightclub in November. This was the first time I’d ever seen the Headstones live. Hands down one of my favourite shoots of the year despite getting sprayed with High Dillon snot. At the start of the set Hugh Dillon walked on stage and proceed to clear one of his nostrils on the audience which included us photographers at the very front. After that it was photography gold. Probably one of the best lit shows I’ve shot at Distrikt. This pic was taken using my Tamron 15-30mm f/2.8 VC lens. To those not familiar with photography language, it’s a wide-angle lens with some zoom, is good in low light and has image stablization compensating for some camera movement. It has become my favourite lens to use at rock shows. Hugh Dillon is maybe a foot in front of me staring right at the camera and I’m essentially getting his entire body in frame with his steering wheel based mic stand. More on the lens when we get to my #2 photo. Anyway this was one of those shows where you let the shutter fly as much as possible because you know you’re going to get a lot of good stuff, but you’re wanting that one unique moment. This was it. On top of it all, I got to meet Hugh Dillon after the show and gave him my business card and he started following me on Twitter.
Full Gallery: CLICK HERE
Headstones: http://www.headstonesband.com 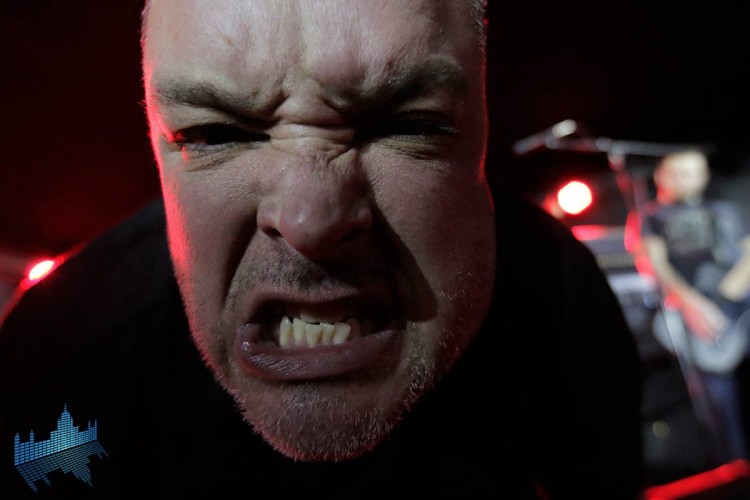 Victoria’s The Stockers opened for The Headstones in November. The whole night was one of the most fun shows to shoot. Especially the Stockers. This was the first time I’ve seen The Stockers live. I’d heard them plenty of times on The [email protected] since they were a Zone Band of The Month in 2015. Did not know what to expect and surely wasn’t expecting to see lead singer Jeff Cust jumping into the audience going around grabbing people’s hats and hugging people while singing. These guys deserved a larger audience than they had. This was an extreme close-up of Jeff Cust using my Tamron 15-300mm wide angle lens. The lens’ zoom was as wide as I could get and Jeff’s face was literally inches from it. The challenge in getting a photo like this is if he’s too close, the autofocus will struggle, especially if the lighting sucks. Luckily for me, he was at just the right distance and there was plenty of light on his face. If you want a reference of just how close Jeff was to my camera, just look at this photo taken by #photografriend Rob Porter of RMS Media. It’s not exact moment in the set that I took the photo, but Jeff Cust was basically at the same distance from my lens.
Full Gallery: CLICK HERE
The Stockers: https://www.facebook.com/TheStockers 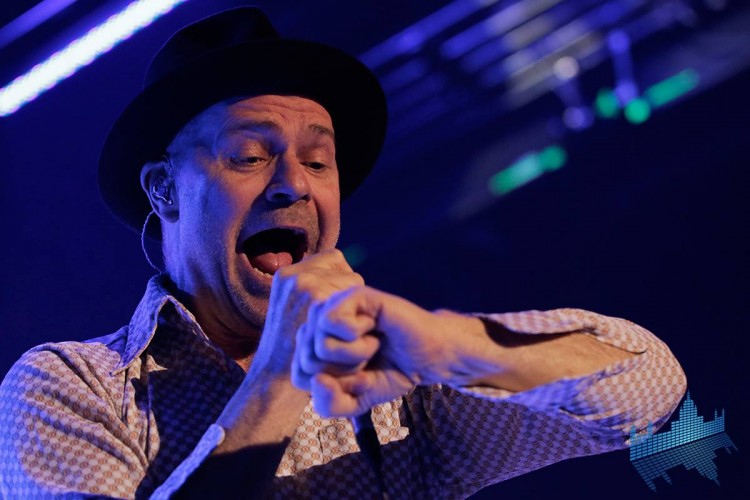 The Tragically Hip performed their album ‘Fully Completely’ front to back at Save-On-Foods Memorial Centre in February 2015. This was a show where I barely ever stopped triggering my camera’s shutter. It also happened to be the first time I’ve ever shot at the arena. Having it be my first arena shoot and actually being at the front of the stage in the pit rather than a typical shoot at the arena from a mile away at the soundboard was an added bonus. Really, I could say the entire set from this show is my best of the year, but I finally narrowed it down to this shot because it had the most action. You have Gord Downie’s face completely in focus with mouth wide open looking down at his arm like he’s looking at a watch while in the background there’s series of parallel lines that look like they’re streaking by him.
Full Gallery: CLICK HERE
The Tragically Hip: http://www.thehip.com