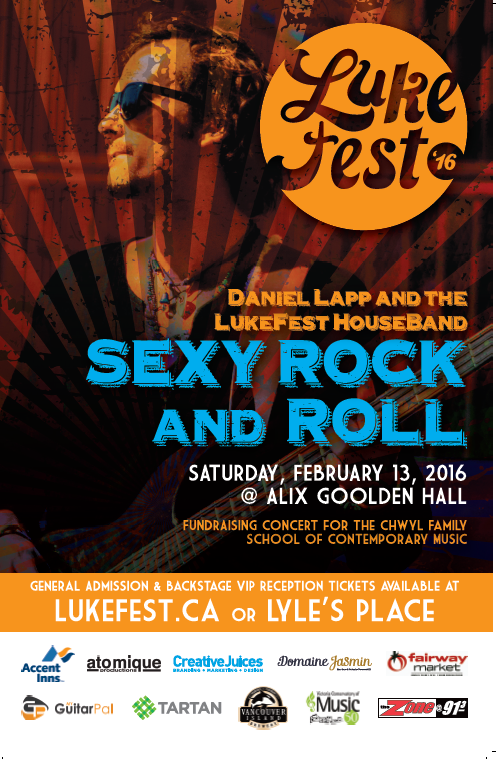 Daniel Lapp along with LukeFest HouseBand and solo artists will present new takes on classic rock, and original music for LukeFest 2016 live at Alix Goolden Hall Saturday February 13, 2016. LukeFest honours the spirit of local musician, Luke Rachwalski who died tragically in a fire in 2014. The concert is a fundraiser for the Chwyl Family School of Contemporary Music supporting songwriting camps and scholarships.