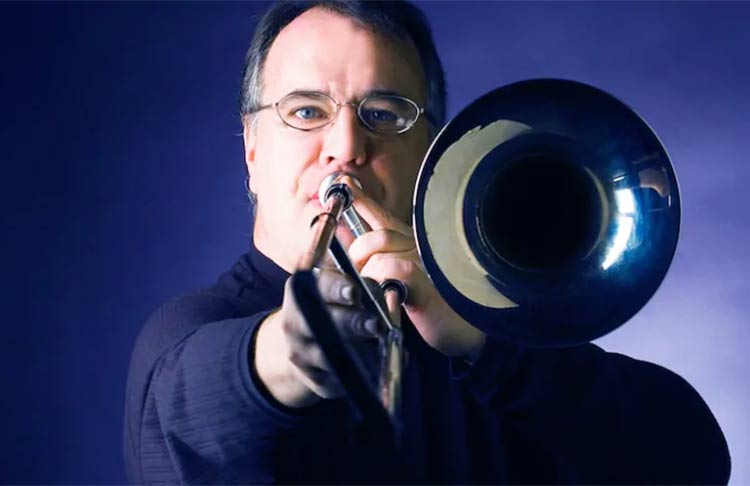 Victoria jazz musician Hugh Fraser has died. He was 61.

Fraser was a trombonist, pianist, composer and teacher born in Victoria in October 1958, but was most recently based in Vancouver. He studied with Dave Robbins, Slide Hampton and Kenny Wheeler. He won two Juno Awards as the bandleader of the Hugh Fraser Quintet for Best Jazz Album for ‘Looking Up’ in 1989 and Best Mainstream Jazz Album in 1998 for ‘In The Mean Time.’

In 1980 he formed the Vancouver Ensemble of Jazz Improvisation, a big band that won awards and did a residency at the Banff Center for The Arts. By the early 2000s, Fraser had composed more than 200 jazz works.

In 2001, Fraser set up the jazz program at the Victoria Conservatory of Music. Two years later in 2003, he became the head of jazz studies at UVic.

Victoria trombonist Nick La Riviere recalled in a Facebook tribute being the only student when the conservatory’s jazz program first started.

“Hugh’s bombastic style of playing trombone was a huge inspiration to me,” said La Riviere in the Facebook post.

Fraser had been diagnosed with cancer in 2017, but continued to perform as recently as last year.