Home News It Happenend in Victoria – Music Headlines of 2018 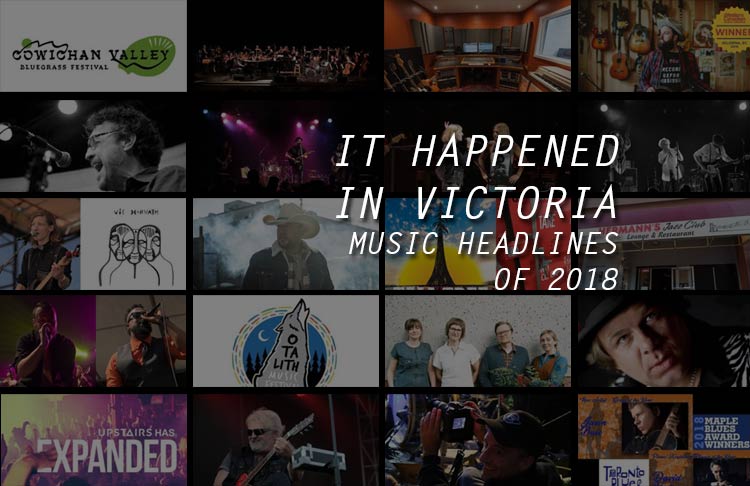 Hey, it’s our annual look back at the year that was in the Victoria Music Scene. This was compiled a bit later than we’d normally like to post this, but the holidays and a nasty case of the flu put us behind schedule. 2018 was another busy year with a number of changes, award wins, and some sad losses. Here’s some of what happened in Victoria – Music Headlines of 2018. 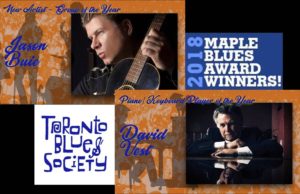 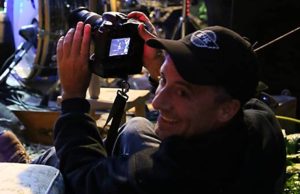 January 21: Victoria House Concert B Founder Diagnosed with significant tumour
Original Article
On January 21, 2018 Victoria House Concert B founder Andy Briggs announced on his Facebook page that he had been diagnosed with a significant tumour in his head. In May, Briggs underwent surgery to have much of the tumour removed. The music community gathered at Lucky Bar in May for a benefit concert. We ran into Andy in September attending Rifflandia and he was in good spirits. 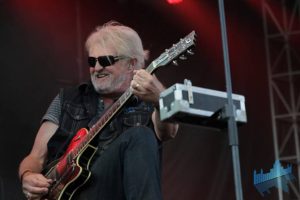 March 7: Tom Cochrane and Red Rider Announced as First to Perform at New Venue at Elements Casino
Original Article
On March 7, 2018 the Great Canadian Gaming Corporation announced Tom Cochrane and Red Rider would be the very first performers at the newly renovated Elements Casino Victoria. Part of the renovation included the addition of a 500 person entertainment space called the Platinum room. Cochrane performed on May 5, 2018. 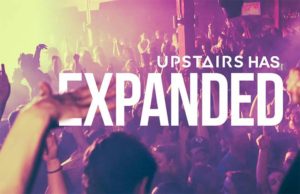 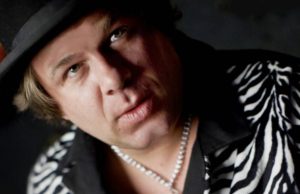 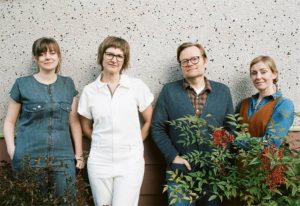 March 27: Frog Eyes Announce Farewell Tour
Original Article
On March 27, 2018, Victoria indie rock band Frog Eyes announce they would be releasing their final album and embarking on a farewell tour. The band’s final show in Victoria was held at Copper Owl on May 25, 2018 with their album being released a week prior. 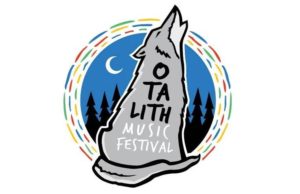 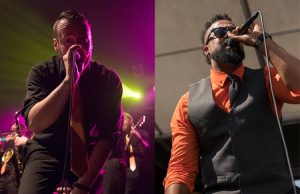 June 17: The New Groovement Change MCs
Original Article
On June 17, 2018, The New Groovement announced that Dan ‘Danimal House’ Howse was stepping down ad the band’s rapper/MC after six years with the group to concentrate on his work with hip hop group Illvis Freshly. Shane Blaq was announced has his replacement and made his official debut with the band at Car Free YYJ 2018. Danimal House’s exit came a little over two years after vocalist Theresa Pasaluko stepped down and Steph Wisla joined the band. 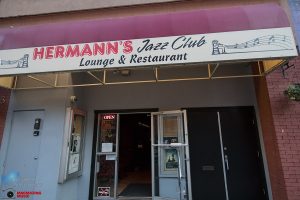 July 24: Control of Hermann’s Jazz Club Changes Hands Amidst Family Legal Squabble
Original Article
On July 24, 2018, Hermann’s Jazz club management Ingrid Reid and Susan Joy announced they would be resigning as of midnight. The statement said the resignation was “due to a hostile take over from Stephan Nieweler and Edward Nieweler,” Reid’s brothers. The following day the brothers issued a counter statement that a year ago the business had been forcibly taken over by Reid, her husband and Susan Joy. The abrupt change in control was due to an ongoing legal battle.

Since the transition, Hermann’s Jazz Club continues to operate and a new nightclub has opened upstairs in the space that was previously occupied by Yuk Yuk’s Comedy Club. 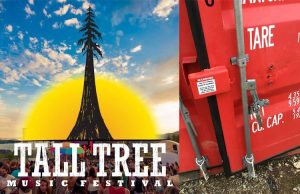 July 27: Tall Tree Music Festival Equipment Stolen From Storage Container
Original Article
On July 27, 2018, Organizers of Tall Tree Music Festival issued a plea for help after thousands of dollars of equipment was stolen from a storage container in Port Renfrew. The theft of electrical equipment, lighting, cooking equipment, power tools, decorations and infrastructure was a set back after the festival announced it would be taking 2018 off.

In an update September 27, the festival announced there was uncertainty about being able to produce another festival at Browns Mountain. Organizers asked for the public’s thoughts whether the festival should continue at a new location or be put to rest if it can’t take place at the mountain. 92% of those who participated in the poll thought the festival should live on even if it moves. 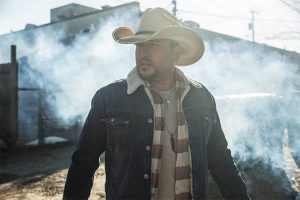 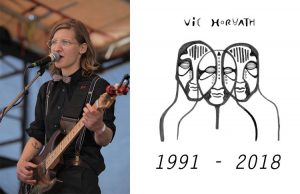 August 18: Victoria Singer-Songwriter Vic Horvath Dies Suddenly
Original Article
On August 18, 2018, Victoria singer/songwriter Vic Horvath die suddenly. The cause of death was determined to be a seizure due to complications with Epilepsy. On August 23, friends, family and members of the Victoria music community gathered at Vinyl Envy to celebrate Vic’s life. A GoFundMe campaign raised $5800 to press Horvath’s album ‘West Coast Rain’ on vinyl. A mural was painted in Horvath’s memory outside of WildFire Bakery on August 26. 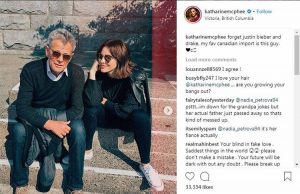 August 25: David Foster and Katherine McPhee seen spending time in Victoria
Facebook Post
On August 25, 2018 former singer/actress and former American Idol contestant Katharine McPhee posted photos on Instagram of her and fiance Victoria’s David Foster hanging out at Victoria’s Inner Harbour. The couple were on the island for the Vancouver Island Motor Gathering, an annual car show in the Cowichan Valley raising money for the David Foster Foundation. 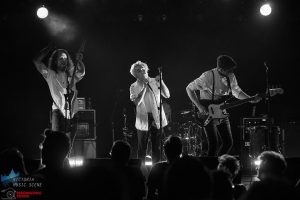 September 4: Vaultry Announce Breakup
Original Article
On September 4, 2018 Vaultry announced that after four years as a band they “decided to end this chapter of Vaultry.” Formed in 2014, Vaultry released a 10-song LP ‘Eulogy’ in 2017 and became a Zone Band of The Month in June of 2017. Their final single ‘Other Drugs’ was released in June of 2018 and their final show took place at Capital Ballroom October 12th. 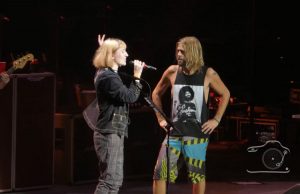 September 8: Port Alberni Teen Sings with The Foo Fighters
Original Article
In an interesting piece of Vancouver Island based news, Port Alberni teen Madi Duncan was given the opportunity to sing on stage with the Foo Fighters at Rogers Arena in Vancouver on September 8, 2018. Duncan sang a cover of Queen’s ‘Under Pressure’ with drummer Taylor Hawkins. Duncan is the lead singer of Port Alberni band ‘Stranger Than Fiction. 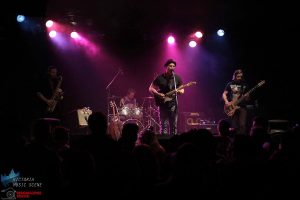 September 10: High Noon to Midnight Announce Indefinite Hiatus
Original Article
On September 10, 2018, Victoria’s High Noon to Midnight announced the band was going on indefinite hiatus. Their final show was at the Duke Saloon for Rifflandia 2018. Lead singer Adam Barter has since performed a number of solo sets and saxophonist has performed with Lo Waight and The Rattlesnakes.

October 8: Chris Trigg, Musican and Host of Christie’s Pub Sunday Night Kitchen Party, Dies of Cancer
Original Article
On October 7, 2018, Victoria musician Chris Trigg’s battle with cancer came to an end. In a statement posted the following day, Trigg’s wife Carola said Chris passed away surrounded by family. Trigg was diagnosed with cancer in December 2017 and had recently started chemotherapy. He contracted a severe form of pneumonia that his body was unable to fight off. Trigg was a vocalist and guitarists for bands Dr. Strangelove, The Benders, Ginsu Knives, Hummingbird Delux, The Shattered Hearts and Light Sweet Crude. Since 2016 Trigg was the host of the weekly jam session the ‘Sunday Kitchen Party’ at Christie’s Carriage House Pub. 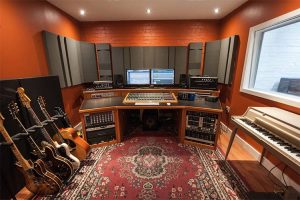 November 12: Infiniti Studios to Close Downtown Location in February 2019
Original Article
On November 12, 2018, Infiniti Studios owner Adam Sutherland announced that the Victoria recording studio would close it’s downtown location as of February 1, 2019. The studio had shared the building home to the downtown location of Floyd’s Diner since 2007. The reason for the closure due to the owner of Floyd’s being unable to negotiate a long-term lease with the building’s owners. There is speculation the property will eventually be redeveloped into condos. As of mid-January 2019 Steph Macpherson and LABS are two of the final bands/musicians to record in the studio. 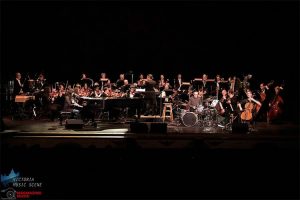 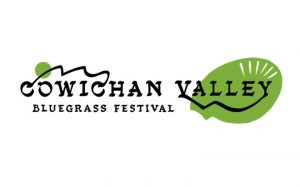