The inaugural SKOOKUM Festival launched Friday afternoon in Vancouver’s Stanley Park. We arrived shortly before 5pm and lineups getting into the venue were minimal. Only three of the four stages were active on the first day. The main Skyline Stage with it’s Vancouver cityscape backdrop is only being used on Saturday and Sunday. Walking around the grounds it’s easy to see that there will be good vantage points for anyone there to see headliners The Killers or Florence and The Machine

Grass around the main stage and the food and beverage area was brown and would have made a lot of dust if the festival had launched last week, but with showers in the forecast, it was not an issue.

An early wrinkle reported by friends that attended the first day was that the line to buy beer took half-an-hour at one point. Beverage options ranged from $8 to $10 and selection ranged from Okanagan Springs, craft beers and spirits.

Another observation about the festival grounds I made was that the single entrances to the Mountain Stage and Forest Stage Areas had a bit of a bottleneck effect. While they were plenty wide for people to get through, they were the only points of entry/exit and resulted in slowdown in the flow of foot traffic.

Victoria’s Current Swell will be the first band to perform the Skyline Main Stage today (Saturday September 8) at 3:45pm.

Below is our quick photo highlight recap of Day 1 of SKOOKUM Festival. A full photo gallery of the day will be posted at the Victoria Music Scene Facebook Page in the coming days.

Little Crow kicked off the festival on the Forest Stage, but we were unable to cover them due to procedures we had to follow in order to cover the opener of the Mountain Stage. 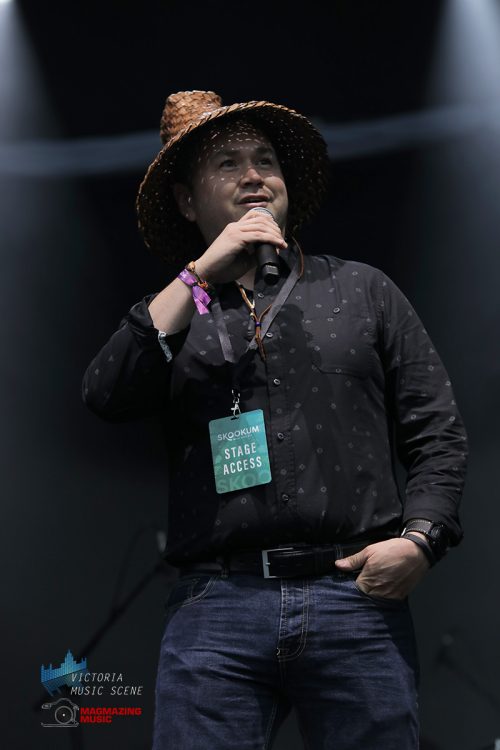 Fernie’s Shred Kelly hit the stage to a nice sized crowd as early sprinkles of rain began to fall. 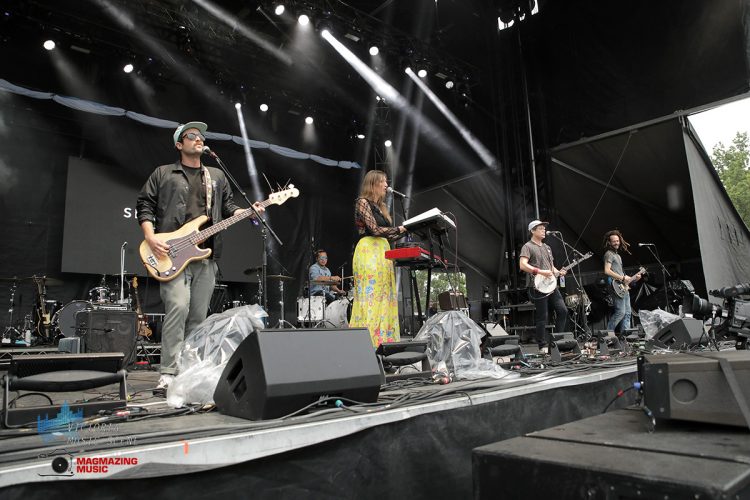 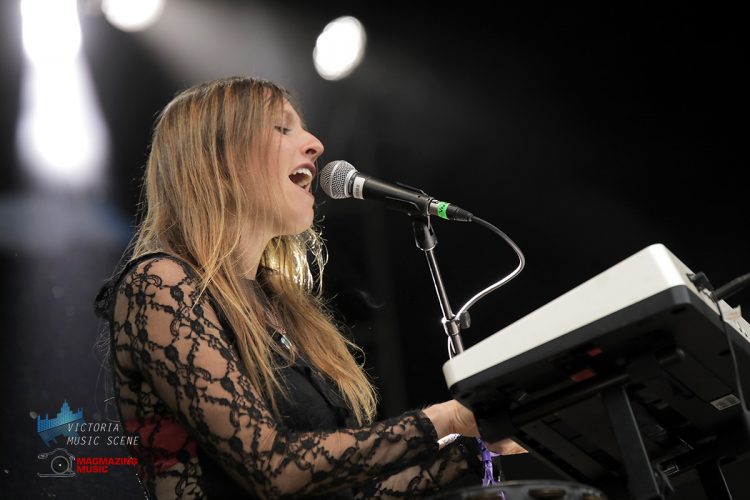 Toronto’s The Julian Taylor Band took to the Forest Stage and brought some funk and soul just as a short period of heavy rain fell on the park. 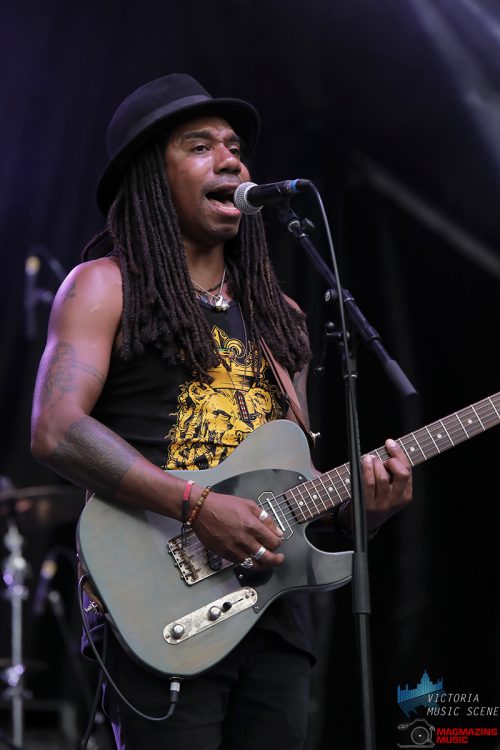 Vancouver’s Delhi 2 Dublin had the audience dancing to drive the rain away. 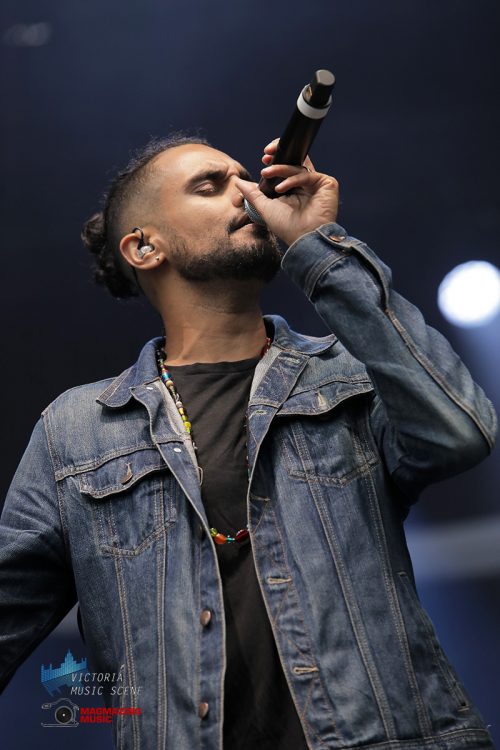 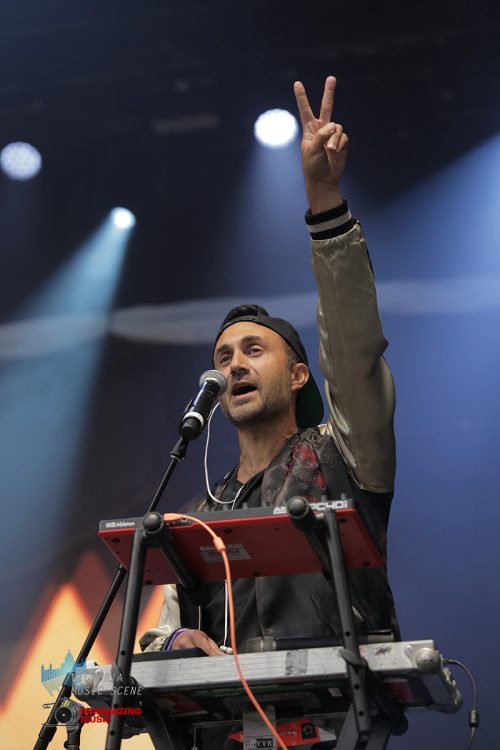 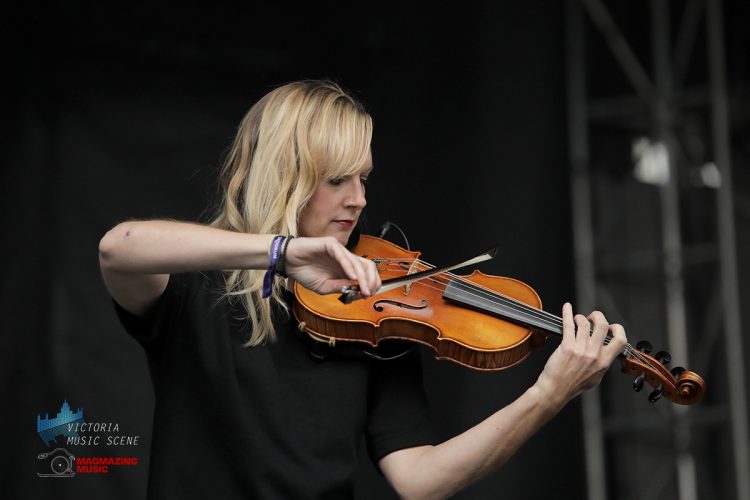 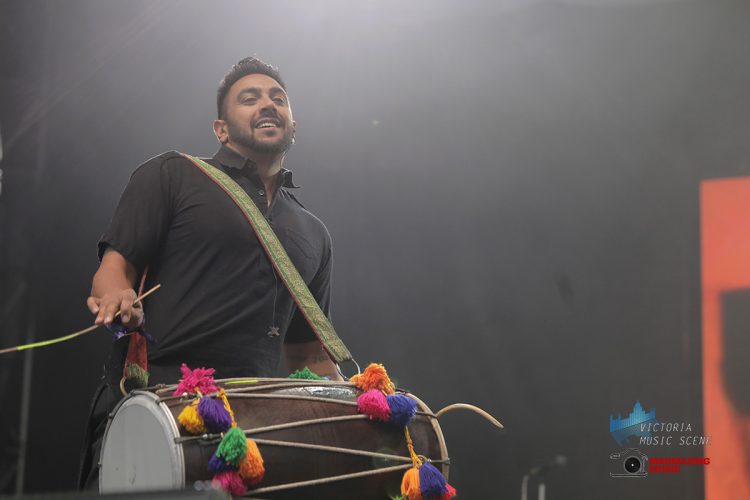 Vancouver’s Little Destroyer were up next at the Forest Stage performing a high energy set. 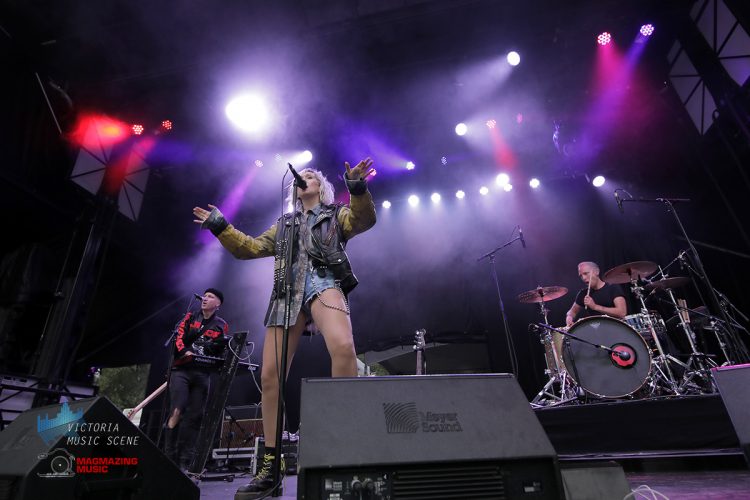 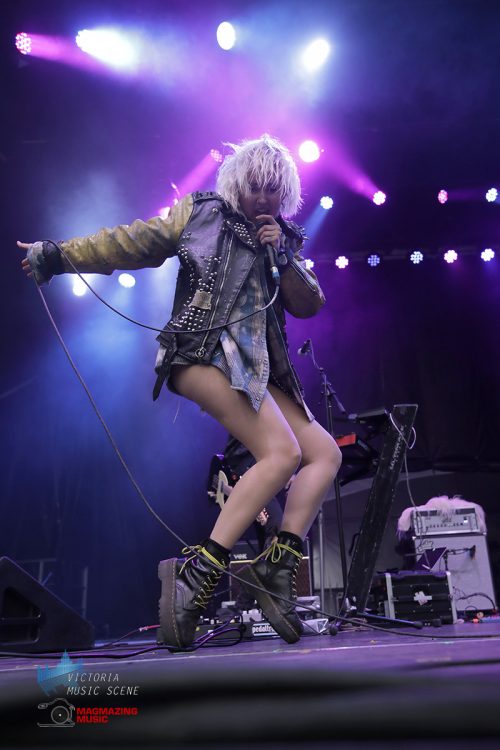 Vancouver’s Dear Rouge took the stage to a raucous hometown crowd at the Mountain Stage. 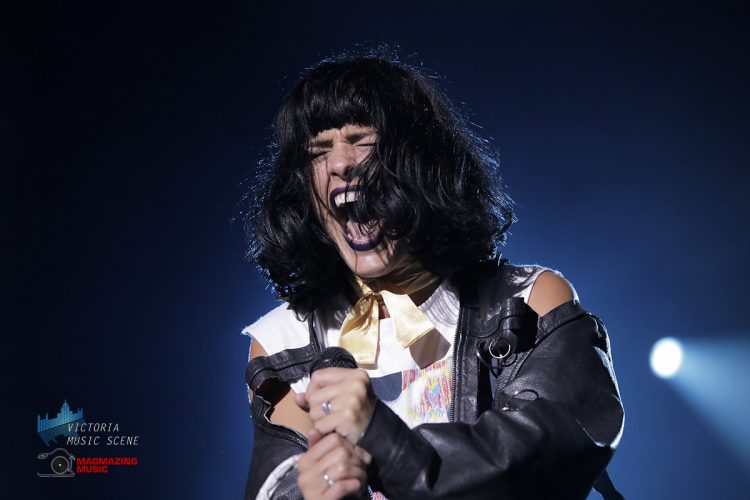 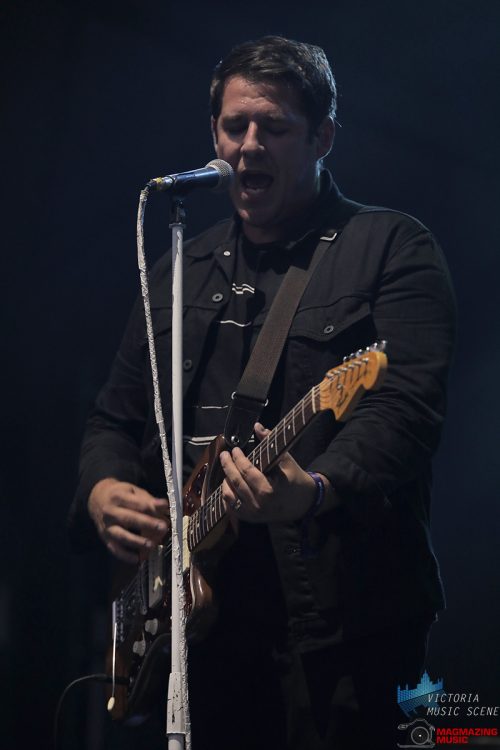 Between sets at the Forest Stage, a Local First Nations group performed traditional dances in front of the stage. 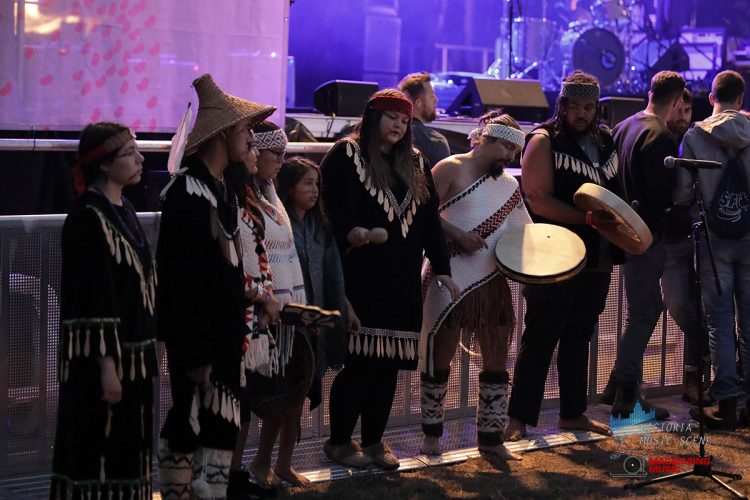 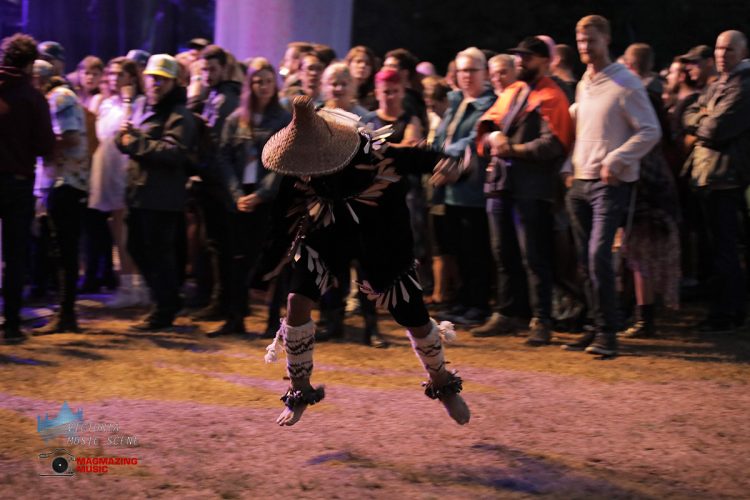 Toronto/Austin’s Black Pistol Fire were by far the photographer favourites of the day performing a super high energy set with tons of emotion and jumping around the Forest Stage. 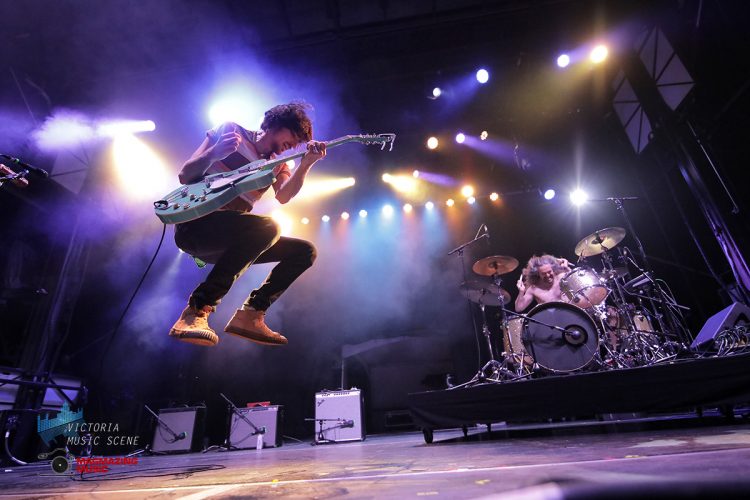 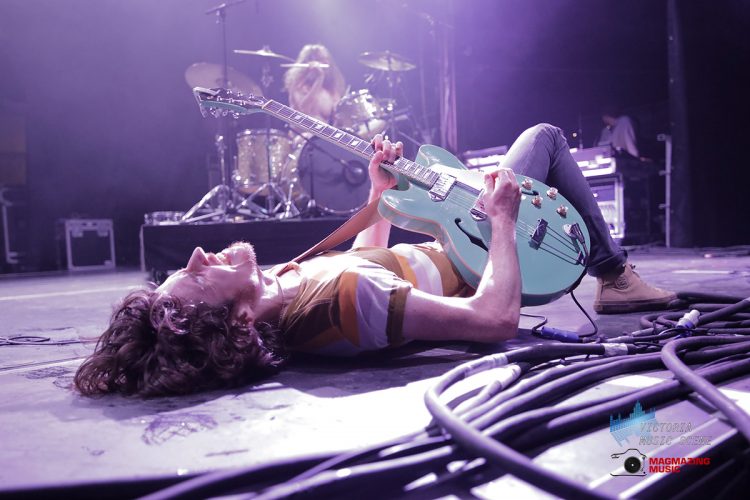 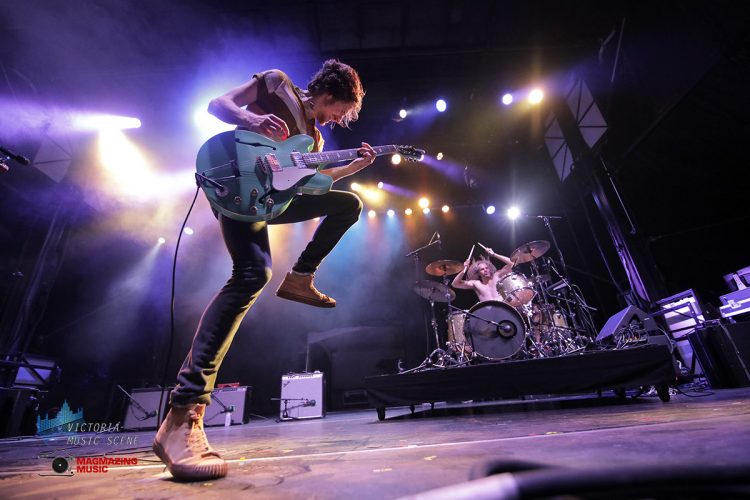 Chromeo brought their electro-funk to the Mountain Stage with silver/mirrored stage elements and the massive Mountain Stage crowd were loving it albeit after about a 10 minute delay. 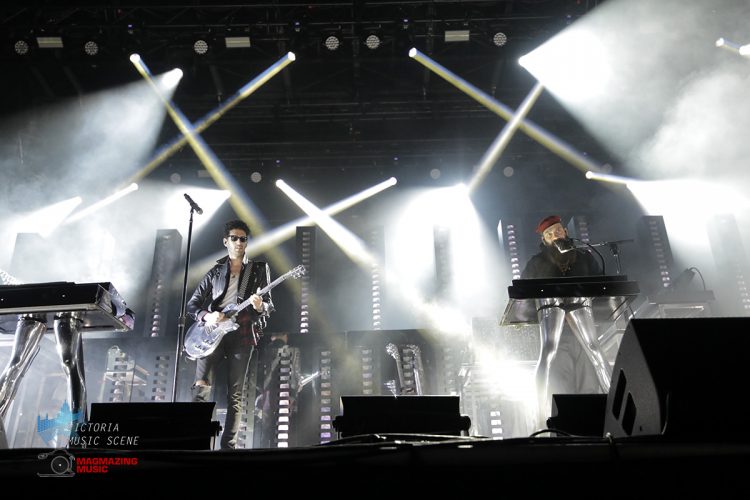 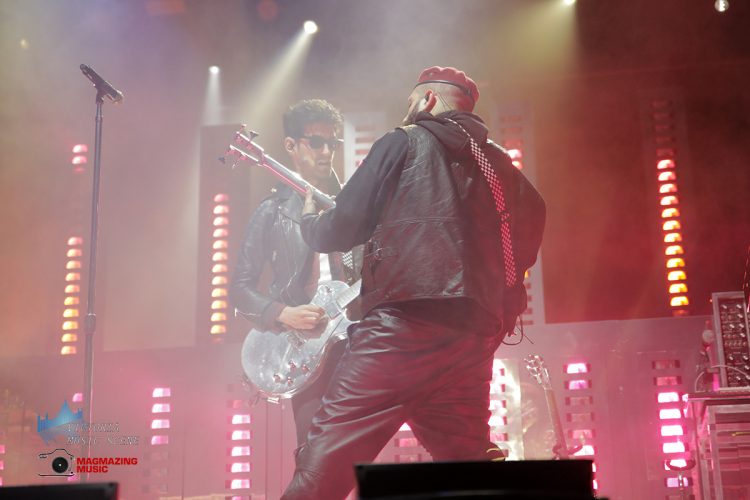 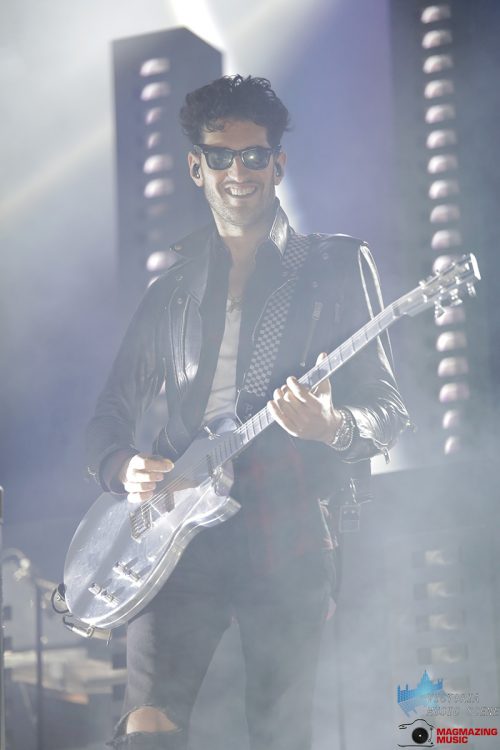 While the slight sound bleed from Chromeo’s danceable hits flowed through the grounds due to the close proximity of the stages, Matt Mays performed some good ol’ Canadian rock n’ roll at the Forest Stage and even came out into the crowd singing on a person’s shoulder’s according to one report. 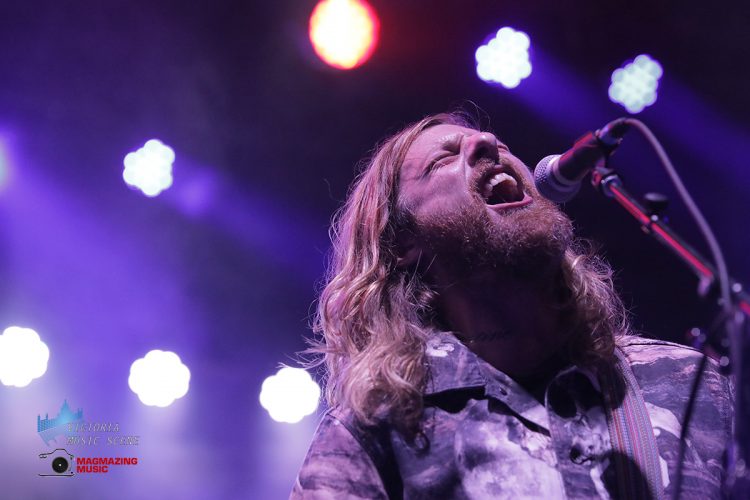 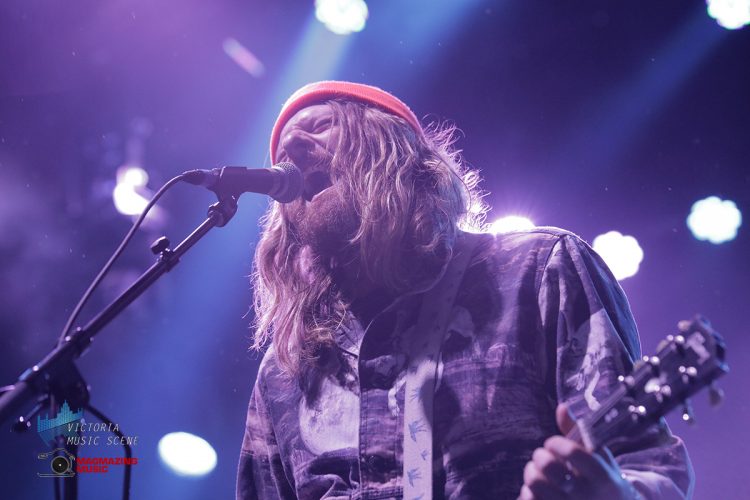 Hamilton, Ontario’s Arkells headlined day 1 of the festival to a jam packed Mountain Stage crowd. Lead singer Max Kerman was a ball of energy bounding around the stage adorned with a tassled jacket. During the first song he jumped down to the security barrier to get closer to fans at the front. During their second song they also brought an audience member on stage to play guitar 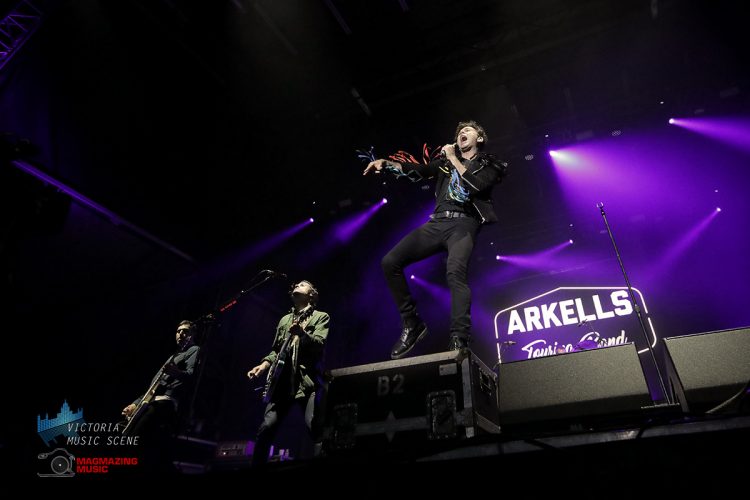 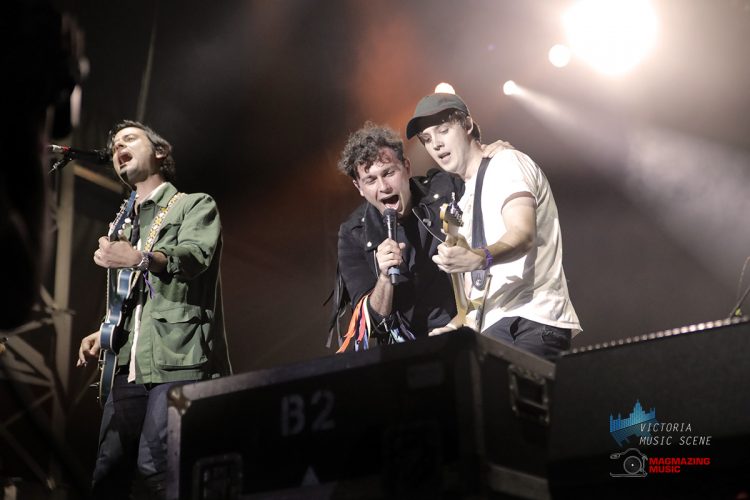 Mob Bounce also performed and were the only act to perform the Meadow Stage, but due to timing constraints, we were unable to cover their set.