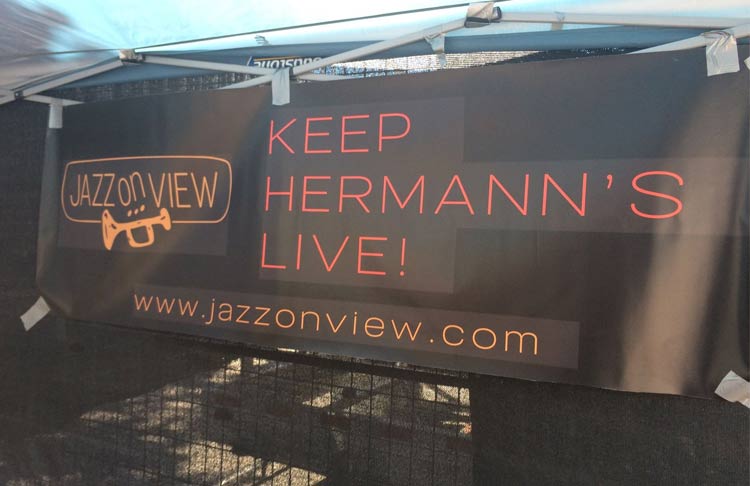 In a statement made on their website and Facebook page Tuesday October 31, 2017, the Jazz on View Society announced that they had delivered a ‘release’ to the owners of Hermann’s Jazz Club releasing them from the contract the society had to purchase the building and business.

In February, it was revealed that the jazz club and the building it calls home was up for sale. The Jazz on View Society launched a campaign to raise $3-million to purchase the property and run Hermann’s. To raise the funds, the society took pledges, held a number of fundraising concerts and also raised $25,000 in a GoFundMe campaign. The deadline to raise the funds was October 31st, but their efforts fell short.

In their letter to the owners, the Jazz on View Society states that they remain very interested in Hermann’s Jazz Club and are requesting a six month extension to raise the $3-million dollars by a proposed deadline of May 1, 2018 or to be granted a lease so that the club can continue to operate. The society hopes to receive a response by November 7th.

The release means that the property owners can now sell to another buyer if they choose to do so.

Below are the Jazz on View Society’s statement on Facebook and a copy of the letter sent to ownership. 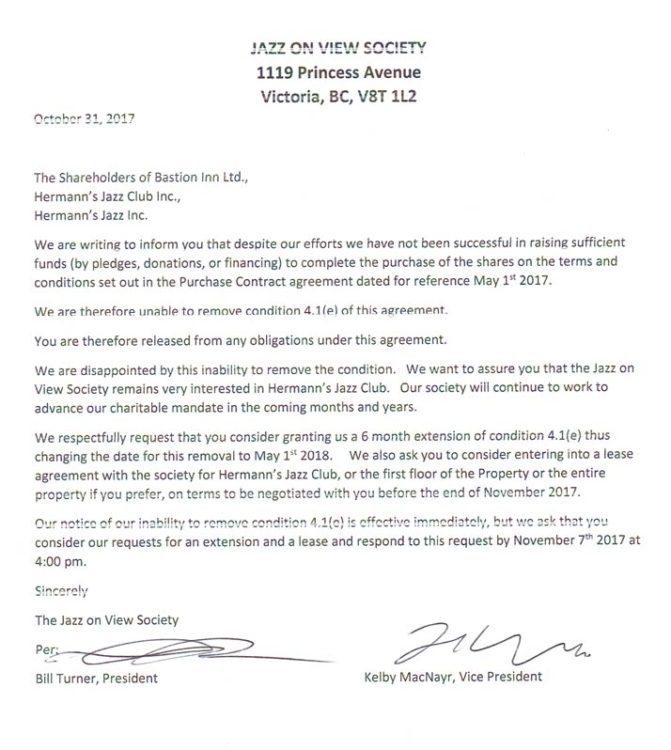