Home News Features It Happened in Victoria – Music Headlines of 2016 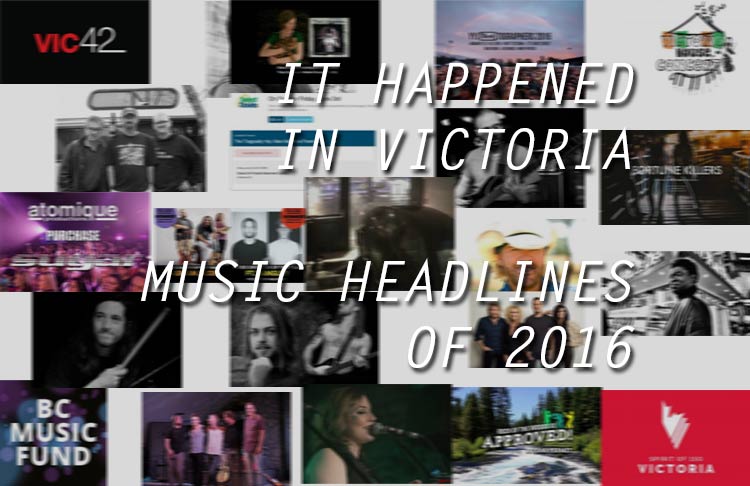 2016 was an eventful year in Victoria and the island. Much like the music industry as a whole, it was filled with both sadness and excitement. Here are some of the local music headlines of the year. Some of these headlines did not get posted on the website due to us not finding enough information to report or not receiving details until well after news was made public. If there is any major news from the year missing from this, it’s because we weren’t told or we didn’t find out about it. 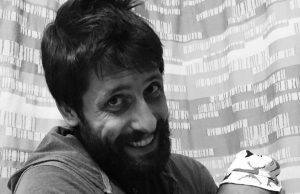 January 1: Vladimir “VLCRPTR” Vukmirovich Dies of Bacterial Infection
The year started on a sad note for Victoria’s electronic music community when DJ and photographer Vladimir Vukmirovich, also known as VLCRPTR, died from Infective Endocarditis. The condition is a bacterial infection of a heart valve that may have been genetic. According to a post on Facebook, hospital doctors missed the diagnosis three times. The symptoms are similar to a flu. Vukmirovich left behind a girlfriend and a newborn son. A GoFundMe page was set up and raised more than $5000.

January 12: Vaultry Guitarist Chasen Fraser’s Battle With Cancer Ends
Original Article
Vaultry guitarist Chasen Fraser’s year and a half battle with Lymphoma came to an end Tuesday January 12, 2016. He was 25 years old His final show with the band happened at Logan's Pub on December 12th of 2015. Vaultry has since completed recording their debut LP called ‘Eulogy’ dedicated to Fraser set to be release on the one year anniversary of his passing.

January 14: Rock of The Woods Approved for Three Year Permit
Original Article
A day after approving Sunfest’s move, the Cowichan Valley Regional District also approved a three year permit to allow Rock of The Woods to continue in the Cowichan Valley through 2018. The festival spent more than five months working to obtain the Temporary Use Permit to use the residential land where the festival had been held the previous two years. The 2016 festival was held July 21 – 24, 2016. Details about the 2017 edition have not yet been announced.

January 21: Car Crashes into Distrikt Nightclub
On the evening of January 21st shortly before 6pm, an out of control car jumped the curb, narrowly missed pedestrians and other motorists and slammed straight into the front doors of Distrikt. Surveillance video was released to the media showing the car crash through the doors and come to a stop at the top of the club’s stairs. The 63-year-old driver was taken to hospital for evaluation. Thankfully, no one else was injured. 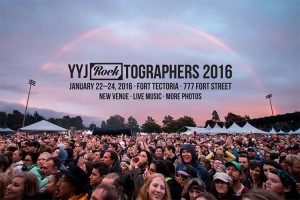 February 11: BC Government Announces $15-Million Grant Towards Creation of BC Music Fund
Original Article
Premier Christy Clark announced a one-time $15-million grant toward the creation of a BC Music Fund to help support the music industry in the province. The BC Music Fund is being adminstered through Creative BC and supports sound recording, live music performances, distant location development, music tour strategy and industry development. A number of local artists have already taken advantage of the opportunities opened by the new fund. 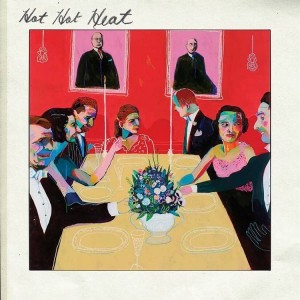 April 5: Hot Hot Heat Release New Single, Announce Final Album
Original Article
Victoria’s Hot Hot Heat released their new single ‘Kid Who Stays In The Picture’ and it was also revealed the self-title album that the single would be on would be the band’s fifth and final album. In a statement shared by Exclaim!, Hot Hot Heat frontman Steve Bays said:

“To be able to tour from 1999 to 2014 and play hundreds of shows a year was amazing. It changed all of our lives. It was the greatest experience I could ever imagine. I can relate to our fans and I respect our fans. They are the kind of people I’d hang out with. I’m proud of every single record, and of finding the ground between making it challenging and fresh, but also not being afraid to be entertaining and put on a crazy show. Every show we ever did was just a total high energy spectacle and that’s a great legacy to have.” 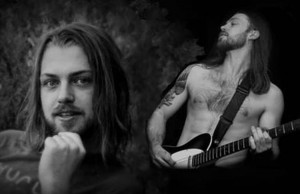 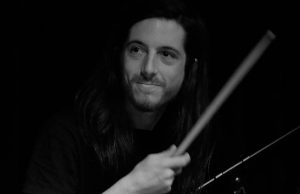 June 1: Drummer Skye McLean Steps Down from This Day Burns
Original Article
On June 1st it was announced that Skye MacLean had stepped down as drummer of This Day Burns to focus his time with other Victoria band Vaultry. Both This Day Burns and Vaultry have albums set to be released in 2017. 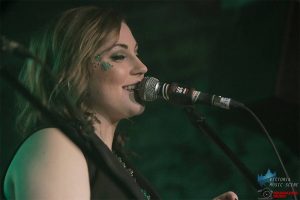 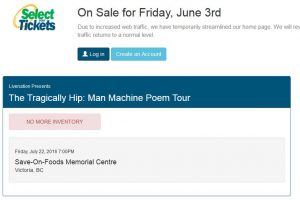 June 3: Tragically Hip Tickets Sell Out in Minutes
Original Article
Tickets to what could very well be the final Tragically Hip Concert in Victoria went on sale June 3rd and sold out in minutes. The sellouts across the country would spark an uproar over inflated scalper prices online. The band later held a lottery the week of the the concert to sell new tickets that opened up. Victoria was the very first stop of the tour and The Hip held rehearsals at Save-On-Foods Memorial Centre days before the show. The concert was held Friday July 22, 2016 to the largest concert audience in the venue’s history. 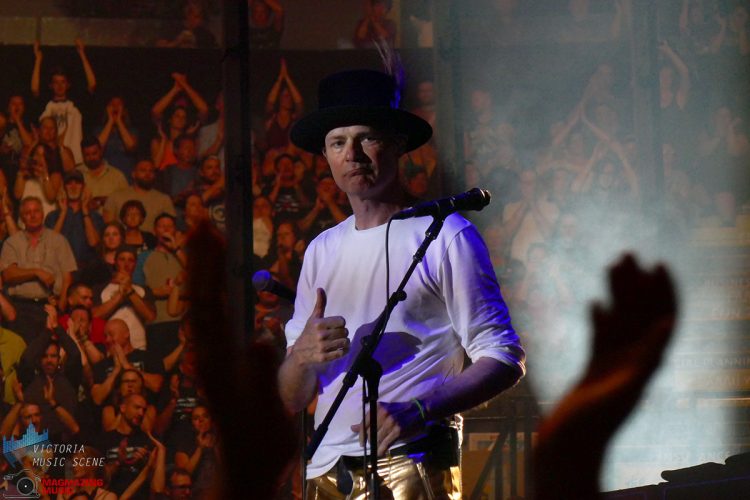 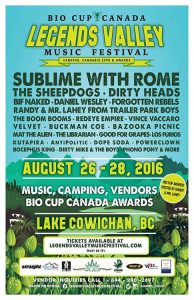 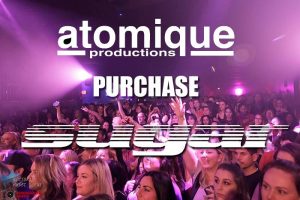 July 29: Towers and Trees Announce Hiatus
Facebook Statement
In a statement on Facebook, Towers and Trees announced that after one last concert at Butchart Gardens August 19th, the band would be taking an indefinite hiatus. Drummer Jesse Boland had planned to move to Toronto and singer Adrian Chalifour was expecting his first child. Lead guitarist Dave Zellinsky has started his own solo project he is set to unveil sometime in 2017. 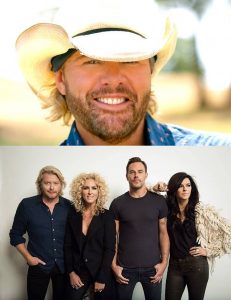 July 30/31: Sunfest Announces Toby Keith and Little Big Town as 2017 Headliners
At the 2016 Sunfest Country Music Festival at Laketown Ranch, the festival continued its tradition of announcing their top headliners an entire year in advance. Shortly before Carrie Underwood took the stage on the Saturday of the festival, Sunfest announced Little Big Town would perform. The following night before Dierks Bentley, the festival announced Toby Keith would be the top headliner in 2017. 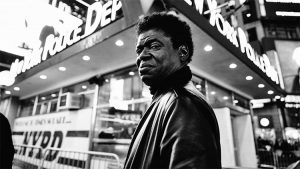 September 14: Charles Bradley & His Extraordinaires Cancels Tour Including Rifflandia Date
Original Aticle
One day before Rifflandia 2016 was set to begin, it was announced that Charles Bradley & His Extraordinaires had cancelled their tour including their appearance on the main stage at Royal Athletic Park due to a medical condition. It was later revealed in October that Bradley had been diagnosed with stomach cancer. 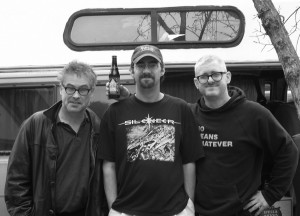 September 24: NoMeansNo Officially Announce Retirement
Original Article
A little over a year after being inducted into the Western Canadian Music Hall of Fame, Victoria punk music legends No Means No officially announced their retirement in a facebook post September 24, 2016. 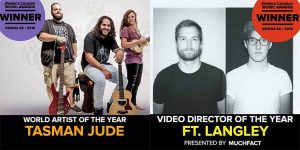 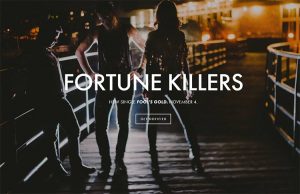 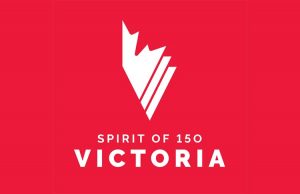 October 19: Victoria Receives Federal Funding for New Year’s Eve Celebration
Original Article
On October 19th, the City of Victoria announced they would receive $224,000 from the Department of Canadian Heritage’s Canada 150 Fund to host a ‘First Night’ Celebration at the Inner Harbour on New Year’s Eve. Victoria was one of nineteen municipalities across the country to receive funding and the event would be a kick-off to launch Canada’s 150th anniversary. In November it was announced Juno award winning Vancouver duo Dear Rouge would headline the event with Grammy nominee and former Victoria artist Alex Cuba, the Vic High R&B Band, The Midnights and the Lekwungen Dancers. The event would end with a fireworks display at 9pm timed to happen at the same time as displays in the other 19 communities. 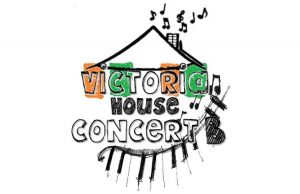 December 1: Kathryn Calder Among Female Voices in Re-Recording of Tracy Bonham Record
Original Article
Victoria’s Kathryn Calder is among seven female musicians to lend their voice to a re-recording and re-imagining of Tracy Bonham’s 1997 number one album ‘The Burdens of Being Upright’ celebrating the 20th anniversary of the album’s release. Calder provides vocals for ‘Brain Cracking’ and it was the first track to be released publicly.

December 1: The Province and Creative BC Announce $4.41 Milliion in Funding for BC’s Music Industry
Original Article
At a media conference at Alix Goolden Hall, the BC Government along with Creative BC announced the allocation of $4.41 million in funding for the local music industry from the BC music Fund. The province is expanding the sound recording program offering grants to emerging musicians who record projects in BC.