Home News Headlines News: The Province and Creative BC Announce $4.41 Million in Funding for... 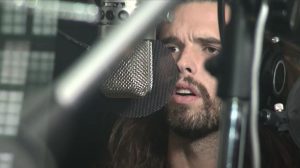 At a media conference at Alix Goolden Hall Thursday December 1, 2016, BC government ministers Shirley Bond and Peter Fassbender along with Creative BC CEO Prem Gill announced the allocation of $4.41 million in funding for the local music industry from the BC Music Fund.

The province is expanding the sound recording program offering grants to emerging musicians who record projects in BC. Not only does the funding benefit the artists, it also brings more business to recording studios in the province.

CTV News caught up with Victoria’s Band of Rascals at The Warehouse Studio in Vancouver for their reaction on the announcement. You can watch both CTV Vancouver Island and CTV Vancouver’s segments below.

Full press release on the announcement at CreativeBC.com