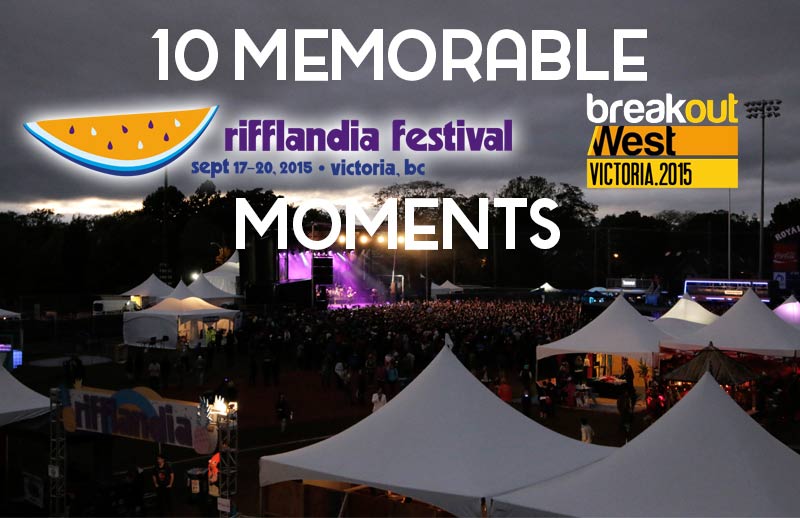 Every year there are moments at Rifflandia that people will remember forever. Whether it be the final moments of Death Cab for Cutie’s set last year to Macklemore performing the side stage weeks before exploding internationally to Kelowna’s We Are the City lighting their drum cymbals on fire in the Wood Hall, there is always something that stands out.

With BreakOut West hosting their music conference and music festival concurrently with the eighth installment of Rifflandia this year, there was potential for more memorable moments spread over more venues than ever. This isn’t the definitive list of memorable moments from the festival weekend. It’s just highlights Magmazing Music witnessed first hand.

10. Shred Kelly has people crowd surfing and a security guy bopping his head at ANIAN
I met Sage McBride of Shred Kelly while covering the BreakOut West music conference and after a brief chat I decided to put Shred Kelly on my list to see at Rifflandia/BreakOut West Festival. With some rain showers falling the Saturday night it was hard to predict how the show would turn out at ANIAN which was the smallest outdoor venue of the festival. It ended up being packed full of dancing people including one of the security guys bopping his head at the front of the stage protecting the band from the crowdsurfing that ensued during the set. Below is Shred Kelly performing ‘Sing to The Night’, a song they won a Western Canadian Music Award for Video of the Year.

Shred Kelly at ANIAN- Sing to The Night

9. The Archers’ Final Show
After a year hiatus, The Archers were added to the Rifflandia lineup. Many did not expect that they would announce just days before their show that it would be their last as a band. The Archers went out with a bang at a packed Studio CMCT and closed out their set with their most recognized radio single and fitting farewell, ‘The Sun Will Rise.’

The Archers at Studio CMCT- The Sun Will Rise

8. LABS first live performance
LABS is a electronic pop/rock project started by Lindsay Bryan and Adam Sutherland (LABS = Lindsay Adam Bryan Sutherland). They released their first single ‘Down’ in June of 2014. Then in November of 2014 their Facebook page went quiet until this summer when they were added to the Rifflandia lineup. Out of all the local artists, this was a must see. I was curious to see how the music would translate live and also to hear more music other than the three songs they had on their Soundcloud at the time. We can’t show you any video from the set, but trust me. Don’t miss their next show. 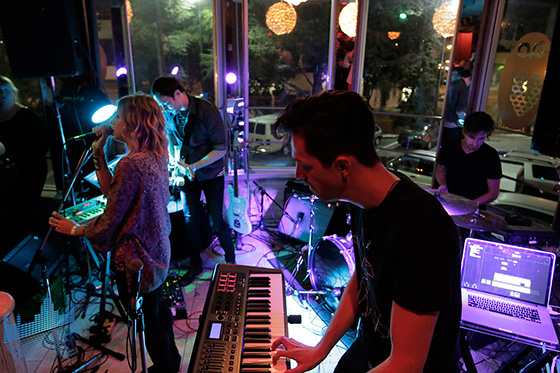 7. Rifflandia ‘After Dark’ sets at Studio CMCT
For the last few years Colin McTaggart has managed the Rifflandia venue billed as ‘Studio CMCT.’ It’s one of the smaller venues at the festival hosted at Vic42 Studios on Discovery Street. One thing that not many know about the venue is that the music doesn’t stop at 1:30 like most other Rifflandia venues. It hosts unadvertised ‘After Dark’ sessions that go late into the night. This year saw DJ sets from Dunks from The Funk Hunters, Grant Paley and DJ Murge Friday night and a dance party with We Were Lovers and Victoria’s Towers and Trees Saturday night that packed the place till 4am. It leads to some exhausting days, but every ‘After Dark’ show is memorable. 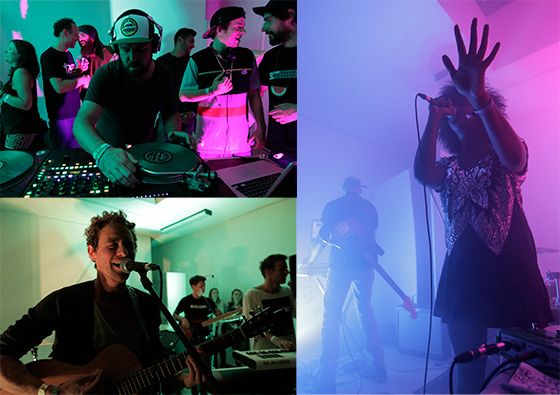 6. Jay Malinowski brings up Vince Vaccaro to perform
Many who saw Jay Malinowski & The Deadcoast perform at Alix Goolden Hall on the Friday of Rifflandia got to witness Victoria’s Vince Vaccaro come on stage and perform Jay Malinowski’s ‘We’ve All Got to be Going Somewhere’. We missed it, but at the Rifflandia War Child Lounge, Vince was brought up to perform again. The song has special meaning for Vaccaro as it helped him get through the recent passing of his father. The War Child Lounge is also a favourite to cover as it’s such an intimate setting with amazing acoustics in the Atrium building.

5. Jesse Roper and friends
Jesse Roper performed three different venues over the weekend. An acoustic set for the War Child Lounge Saturday morning at The Atrium, a full festival set Sunday afternoon at Royal Athletic Park and one song at the Western Canadian Music Awards at The McPherson Playhouse Sunday night. Two moments stood out from those performances. First was at the War Child Lounge where he brought up ten-year-old Ellis Frank to perform on ukulele with him on his song’ Hurricane’s Eye. The second moment was seeing him and his band in formal attire with Victoria’ Fox Glove on backup vocals performing his new single ‘Cupid’.

3. Acres of Lions perform outside Studio CMCT at 1am
Acres of Lions returned from their hiatus to perform twice at Rifflandia/BreakOut West. To make things extra special they performed with their current drummer Shane Deyotte on Thursday, and their original drummer Lewis Carter on Saturday. Covering the Saturday night shows I left ANIAN after a great set by Fernie’s Shred Kelly at 1am to catch the last half of Acres of Lions at Studio CMCT only to find the band playing outside on the sidewalk with a jeep and yellow tape blocking the road. The previous band at Studio CMCT had triggered the breaker causing the power to go out and 200 people showed up for a venue that only holds around 70. They decided to do the show outside without any official authorization. Some thought the show would last maybe three songs before police would show up to shut it down, but Acres of Lions got through essentially they’re entire set with upwards of 300 people on the street.

2. Arkells cover Chromeo hours after Chromeo cancels
One of the most memorable moments of Rifflandia came about after one of the most disappointing announcements. At around 1pm on the Friday of Rifflandia Chromeo announced they would not be able to headline the evening due to an illness. Rifflandia organizers then bumped Arkells up to the headlining spot. According to Arkells’ Facebook page, the band then spent four hours learning how to play Chromeo’s ‘Jealous (I Ain’t With It) in their hotel room and proceeded to surprise the Rifflandia audience with it as the first song of their encore and turned Royal Athletic Park in to a dance party.

1. Kiesza blows the roof off the RiffTop Tent (…not literally)
I saw Kiesza perform at Coachella back in April and was blown away at the talent and charisma she brings on stage. When her name showed up on the Rifflandia poster I told anyone who would listen, “do not miss Kiesza’s set.” She delivered and then some. Just the looks on the faces of all the photographers in the pit and their cameras clicking seemingly more than any other set over the weekend and the comments I heard from random people in the audience who clearly weren’t expecting a lot, but ended up being blown away was proof enough for me. Kiesza is also proof that a pop artist does not need to lip sync to perform while dancing.

Below is her performance of Jack U’s ‘Take U There’ (a track Kiesza provided vocals for) with a cameo by Kiesza’s mother. Kiesza also does a walking hand stand in the middle of the performance.

Kiesza at Royal Athletic Park- Take U There