Home News Headlines News: Save Rock of The Woods 2015 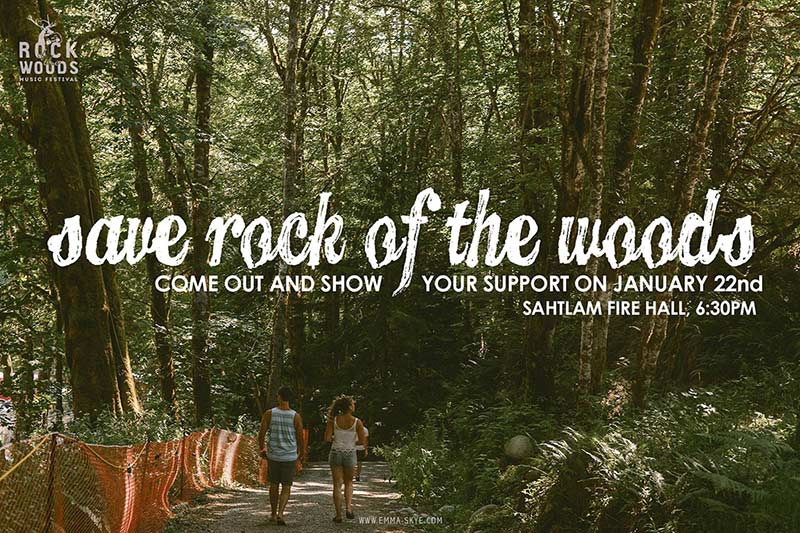 In an event posted on Facebook, organizers of the Rock of The Woods Music Festival is pleading for public support at a public meeting at Sahtlam Fire Hall in the Cowichan Valley Thursday January 22, 2015. According to the event, a few people who are neighbours to the festival’s venue have complained to council and the local government has created a bylaw forcing the festival to go through a nine-step process to gain approval. Without council’s approval the music festival will not happen.

One of the steps of approval is the public meeting. Festival organizers believe it is “crucial that the number of supporters for the festival overwhelms the number of naysayers.”

The festival is arranging shuttle buses/vans for supporters without means of transportation.